Ever wanted to relive your intergalactic fantasies? If you answered yes, look no further and transport yourself to a galaxy far, far away and follow in the footsteps of our favourite twins and their slightly dysfunctional family and friends.

Here are a few of our favourite Star Wars filming locations for all of you Rebels and Sith to add your galactic must-see list. 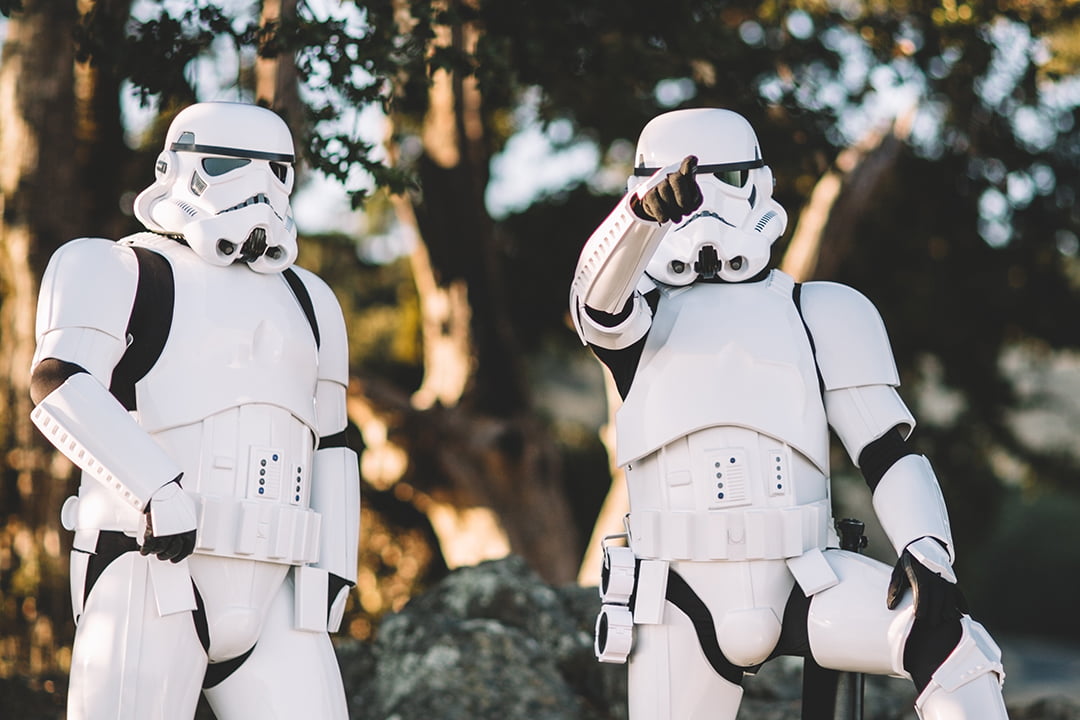 Nestled between Mexico, the Pacific Ocean, Belize and the Caribbean is the stunning destination of Guatemala. Home to breathtaking landscapes and a rich culture descending from their Mayan ancestors, there’s no doubt in our minds why this awe-inspiring nation got somewhat of a starring role in the first Star Wars movie as the fourth moon of Yavin (Yavin 4).

Covered in jungles and rainforests, Yavin 4, though very remote and secluded would end up playing a very significant role in the galaxy as the exterior of the Rebel Alliance’s Massassi Outpost. If you’re not quite sure what we’re talking about, let us refresh your memory. Yavin 4 was set to be destroyed using the Death Star, like Alderaan (Princess Leia’s home planet) was. Think “Obi-Wan Kenobi, you are my only hope.”

One of the more memorable scenes featuring our favourite orbiting moon is that of the Great Temple of Massassi. You’ll recognize it as the one and only, Tikal National Park. With ancient temples dating back to 350 BC, it’s about time you headed to Yavin 4 and stepped your galactic game up.

Death Valley National Park, USA (one of many Tatooines)

If you’ve ever seen photos of Death Valley National Park you won’t be wondering why or how it got its name. Let’s be honest, it’s pretty self-explanatory. This desolate park has been the backdrop to many big-name Hollywood movies, like Star Wars!

Located between California and Nevada, Death Valley National Park plays a crucial role in Luke Skywalker’s life (and Anakin’s if we’re counting), as his home (it’s also where Obi-Wan, Luke, C-3PO and R2-D2 all meet for the first time). The striking barren land created the perfect setting for Tatooine, the sparsely inhabited desert planet in the outer rim. You’ll also recognize Tatooine as the home of Jabba the Hutt.

But putting aside the fact that Tatooine is arguably one of the most important planets in the Star Wars universe, its unique landscape make it one of the most biologically intriguing places on Earth. Home to wildlife found literally nowhere else, this barren desert is a once-in-a-lifetime experience to be had whether you’re a Star Wars fan or not. And what better way to discover it than on a tour. Don’t believe us? Just check it out for yourself and find out why Rebels and Siths alike are drawn to it. 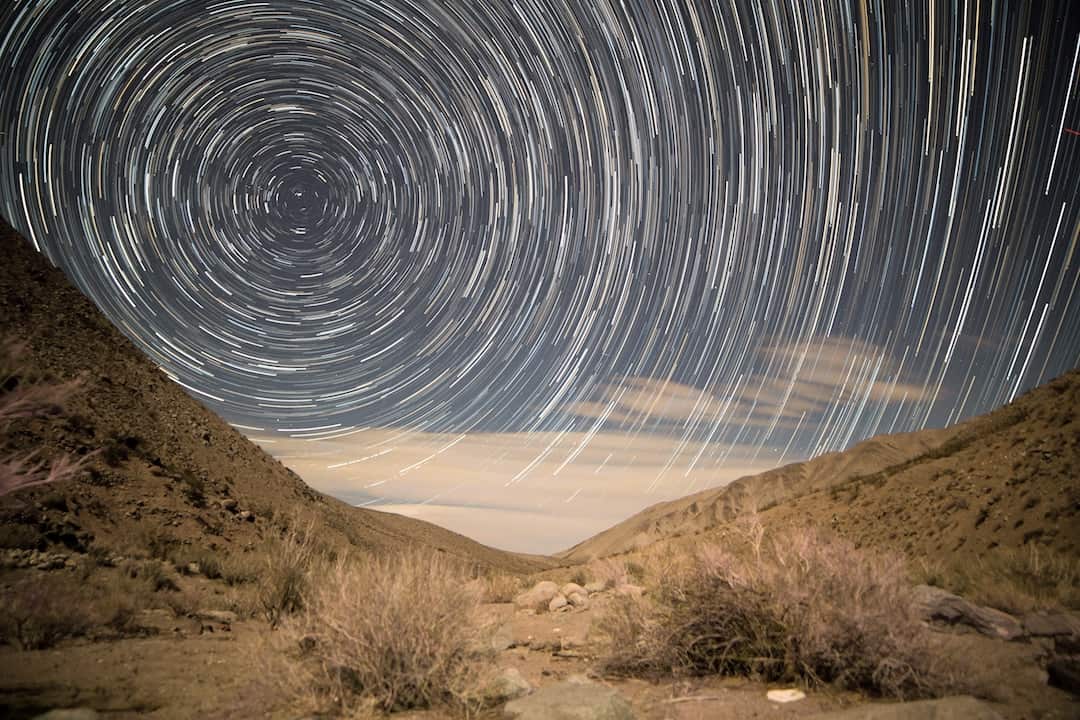 The Empire Strikes Back

So maybe Norway is already on your must-see list and this only makes you want to discover this incredible Arctic nation even more, but on the off-chance that it isn’t, here we go. Before Norway became the coolest country to discover (pun very much intended), a young man named George Lucas took it upon himself to create the legendary ice planet, Hoth. During the filming of the movie in 1979, Finse was hit by a snowstorm that added an extra touch to the movie that you just couldn’t get in post-production back then.

See Also: 7 Movies That Will Inspire You to Travel

Located between Oslo and Bergen, Hardangerjøkulen Glacier in Finse is not only the sixth largest glacier in Norway but also one of the most epic scenes in The Empire Strikes Back. From glacier trekking to white-water rafting and horseback riding to elk safaris and everything in between, there are so many reasons to finally book that trip and find out what the fuss is all about.

Return of the Jedi

Close your eyes and picture being in one of the most breathtaking national parks in the world, surrounded by trees that seem to reach for the heavens. Take a deep breath, breathe in the fresh air as you make your way through the forest. Now open your eyes, you’re in Endor. Home to the cutest hunter-gatherers in the galaxy, Endor plays a very important role in the Return of the Jedi as the site of the second Death Star’s destruction and the moment we start to realize that Anakin wasn’t really evil this whole time, just very, very complicated. But you don’t have to love Star Wars to love Endor.

Redwood National Park is home to the tallest trees in the world that are rumoured to have been on Earth since shortly after the dinosaurs roamed free. Redwoods on average grow to 300 feet or more. Discovering this truly otherworldly destination ticks more than just the Star Wars lover’s box, it also ticks the world’s tallest tree box as well as the most remarkable national park in America. So why not walk amongst the trees and imagine that you’re quick on your feet and even quicker with a lightsaber in Redwood National and State Park this year. We promise you won’t regret it.

Let’s face it, Lake Lairo, aka Lake Como is without a doubt one of the most breathtaking places on Earth, and if you don’t believe us, then read on. Sure Rome, Venice, Milan and Pisa are all great places that you need to explore when in Italy, but there’s a certain charm to Lake Como that is simply just mesmerizing. Surrounded by the Rhaetian Alps and stunning views for miles, it’s almost difficult to believe that this picturesque setting could have been transformed into the planet of Naboo.

If you watched The Phantom Menace you’ll know that Naboo is where the young Anakin Skywalker, pre-evil phase, and his ever-beautiful wife, Padme, wed. Here you’ll be able to see ancient landmarks and breathtaking monuments all while enjoying a slice of fresh pizza. From culinary adventures to equally as fulfilling active ones, there is seriously so much to do in Italy that you’ll never exhaust your senses or feel bored.

See Also: 7 Ways To Get Yourself Excited For Your Trip To Italy

Attack of the Clones

Spain is known for many things, like the impressive monuments and breathtaking churches that call it home. Not to mention the superb wine, picturesque beaches and stunning places that seem to pop up on every street corner across the country. One of which is, of course, the beautiful Plaza de España in Seville.

Built in 1928, the plaza beautifully marries traditional Spanish architecture with a splash of Renaissance Revival and a touch of unmistakable Moorish Revival which gives the entire area a totally regal vibe. Set as the Theed Royal Palace, which as you know, Queen Padme Amidala (Natalie Portman) ruled over. So if you’re hoping to live out your intergalactic fantasies and take on the duties of the throne in one of the most inspiring countries in the world, then pack your bags and book a tour to Spain!

Revenge of the Sith

We’ve all seen the beautiful limestone towers of Guilin, and if you haven’t yet, we hope you’re checking Google to find out exactly what we’re talking about. Located in Southern China in the Guangxi Zhuang region, Gullín is a sight to be seen no matter your age, travel style or galactic affiliation. Yes, you heard us right, Jedi and Sith alike are welcome to experience this stunning destination. The otherworldliness of Guilin makes it the perfect location to shoot Kashyyyk, the Wookiee planet. Who would’ve ever thought that acidic water slowly eroding away at a weak bedrock could be so beautiful?

See Also: Celebrity Babies and Pets That Have Travelled More Than You

Home to our favourite co-pilot and all-around rebel star, Chewbacca, Gullín, is a must-add to any itinerary when in China. Let this natural wonder transport you back in time to when Han Solo (may the galactic god’s rest his sweet soul) and Chewie were still young and just beginning to master their scoundrel ways. But don’t let the dark side pull you in and convince you not to book a tour to Gullín.

The Land of Fire and Ice has long been used as a shooting location for some of the world’s best movies and shows. From The Secret Life of Walter Mitty to Game of Thrones and now, Star Wars. From thundering waterfalls to landscapes that will literally make your jaw drop, Iceland is truly out-of-this-world. Which makes it the perfect addition to the Star Wars saga.

Get ready to infiltrate the First Order in Iceland on your very own mission. Grab your camera and explore the country like Han and the gang did as you roam around searching for answers to the galaxy’s hardest questions. Like how does one Jedi mind trick their boss into giving them a few extra weeks of paid leave without noticing? However you get it done, make sure to watch out for stormtroopers as you prepare for the adventure of a lifetime.

Remember that stunning planet full of mega-rich galaxy elites gambling, drinking and dancing the night away? Well, that wasn’t some distant planet, it was Dubrovnik.

Dubrovnik has come to be a staple city in a ton of big blockbusters from Robin Hood and James Bond to Game of Thrones, and of course, Star Wars. Home to ancient sites at every turn, yes, every turn, Croatia is the place for you. To refresh your memory, Canto Bright is also where we meet the somewhat loveable but cruelly deceptive DJ who eventually betrays Finn and Rose.

Bolivia is known for many things, two of which are that it’s home to the world’s largest salt flat, Salar de Uyuni (which is approximately the size of Jamaica) and the second of which is that it played a prominent role in the series latest films, The Last Jedi.

If you have the pleasure of watching The Last Jedi you’ll know that Salar de Uyuni, or Crait, is the mining planet home to the last fortified rebel base where the ultimate showdown between uncle and nephew took place. I won’t go into detail about what actually happened on Crait that fateful day because I’m a strong believer in #nospoilers. But, I will say it was spectacular and tragic, in true Star Wars fashion.

What’s more is that you can actually visit Salar de Uyuni and reenact your favourite bits and pieces from the movie, all you have to do is a bit of tweaking in post-production and you’ll be surprised to find that you’re not in Bolivia anymore, but that you’re actually in a galaxy (say it with me now) far, far, away.

Most multi-day group tours to Bolivia will stop by this iconic spot and let you live out your intergalactic fantasies as long as you’d like (or for a set period of time). So grab your camera to capture picture-perfect moments with all of your closest rebels.

Ready to jet off into the galaxy? Take a look at our out-of-this-world touring wish list here and become one with the force. 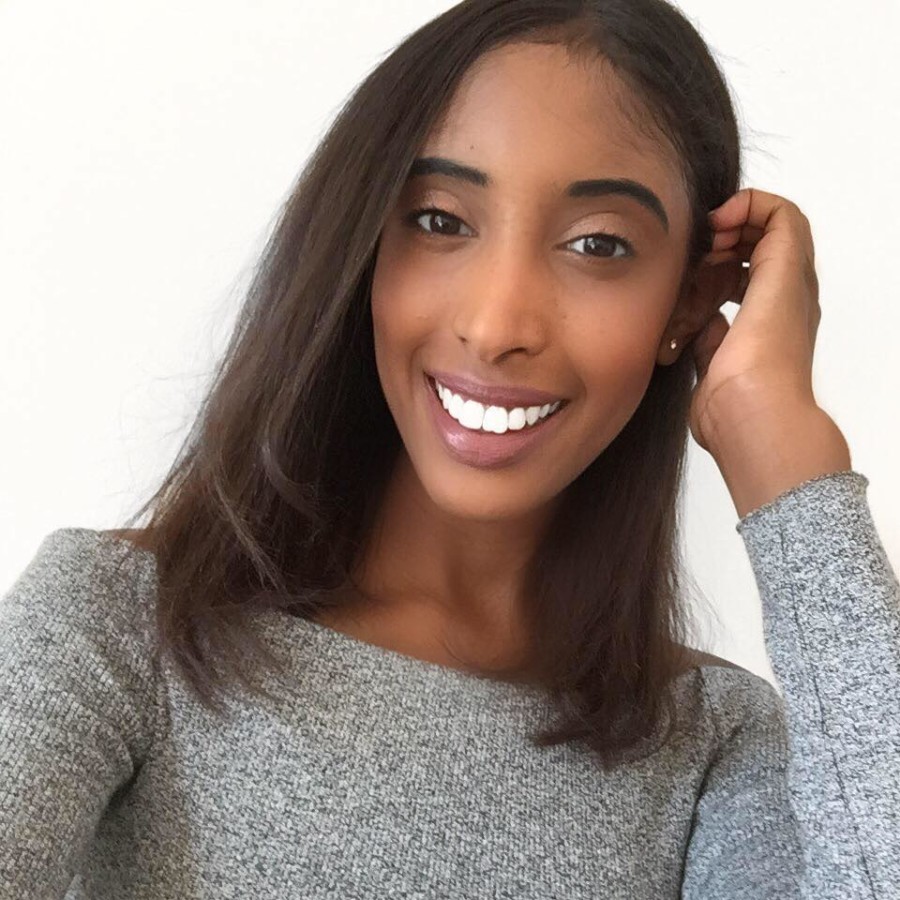 Sama is the Social Media Coordinator at TourRadar. She strongly believes in the power of narratives, because story matters. In her spare time, you can find this proud Aquarius reading Dan Brown novels, binge watching shows on Netflix, taking her camera on scenic walks, or discussing world issues over a slice of warm cheese pizza.

Given the widespread media coverage of the coronavirus, it’s no surprise...

View all posts by Jackie