There’s no denying it: we all wish we received a Hogwarts letter delivered by owl when we were 11 years old, and the love for everything Harry Potter hasn’t dwindled as we’ve grown up and graciously (for the most part) accepted our adult, muggle status. But that doesn’t mean we can’t still pretend, and what better way to do that than feel like you’re actually in the places where the magic was filmed for the movies. We’ve rounded up the 11 places every Harry Potter fan must visit (not only in Scotland) – now if only we knew how to apparate.

We start with Edinburgh’s Elephant House cafe for one special reason: this is where the world of Harry Potter was first imagined and put into words by JK Rowling. If you’re not familiar with the iconic writer’s story, she started writing Harry Potter at a time of great financial strain as a single mother. So, the Elephant House Cafe has seriously emotional connotations as the beginning of the wizarding world so important to many. You can visit the cafe between the hours of 8am to 10pm every day of the week, 11pm on Fridays and Saturdays.

While you’re in Edinburgh, you might as well check out the inspiration for Diagon Alley – Victoria Street and Candlemaker Row (there’s even a ‘Diagon Alley’ plaque and mural on Candlemaker Row, so if that doesn’t convince you it’s a legitimate Harry Potter must-do, I don’t know what will). These two adjacent, cobbled streets not far from Elephant House are colourful, historical and just the sort of place you can imagine going for your Hogwarts robe-fitting.

“Nine and three-quarters? Think you’re being funny, do you?”

What was once a conductor thinking he was being pranked in the first film has now become one of the first things to come to mind at the mention of King’s Cross Station. You won’t find the platform as it was in the film – they actually renumbered platforms 4 and 5 at King’s Cross as 9 and 10 – but there is a 9 ¾ sign with a luggage cart disappearing into the wall that has become a top tourist attraction.

There’s also a shop next to it for Harry Potter memorabilia. Top tip: if you don’t want to wait in line to take a picture, go very late at night instead – handily, there’s a bar beside the infamous platform, so enjoy a drink and wait it out.

As much as we’d love it, Hogwarts isn’t a real place (at least, it better not be if I’m not a witch). Therefore, the Harry Potter filming crew scoured UK locations to piece together the ideal castle we’ve come to love. One of the most well known is Alnwick Castle in Northumberland. It was featured in Philosopher’s Stone, where Harry had his first flying lesson and showed his promise as a Seeker.

Filming also took place at Durham Cathedral and Oxford University, the latter of which was used for the Great Hall, within Christ Church College. And remember when everyone wore “Potter Stinks” badges and how pretty the surroundings were? That was New College at Oxford – so basically, Oxford students are living a Hogwarts’ dream. 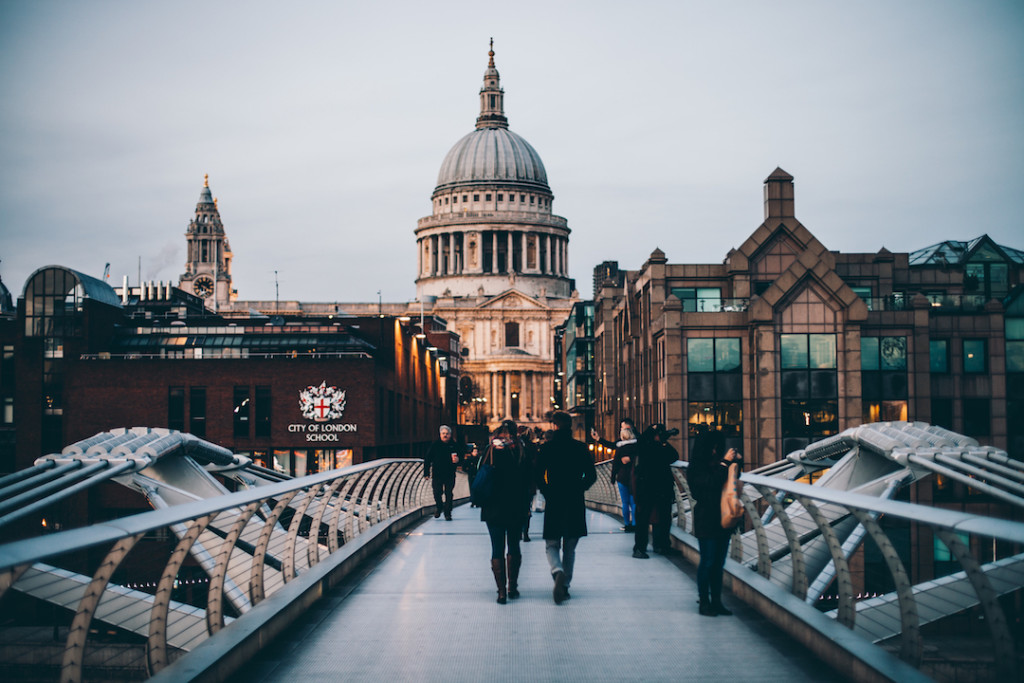 In the wizarding world, the Death Eaters may have caused havoc to the iconic Millennium Bridge in London, but in real life, it still stands strong. The best view is right before you walk onto the bridge, facing St Paul’s Cathedral from the opposite side of the river. Fun fact: on the Millennium Bridge’s opening day, it swayed side to side as the influx of people eagerly clambered over it, resulting in it closing immediately. Or maybe that’s what we’ve been lead to believe by the wizarding world…

The snake scene where we first get the hint that Harry can speak Parseltongue was filmed in London Zoo’s Reptile House. The official nature of the plaque strikes again – there’s one beside the snake enclosure in the scene, so you’ll know if you’re standing exactly where a baby-faced Daniel Radcliffe stood while conversing with a Burmese Python.

The zoo is open every day of the year except Christmas, and opens at 10am and closes between 4:30pm and 5:00pm. 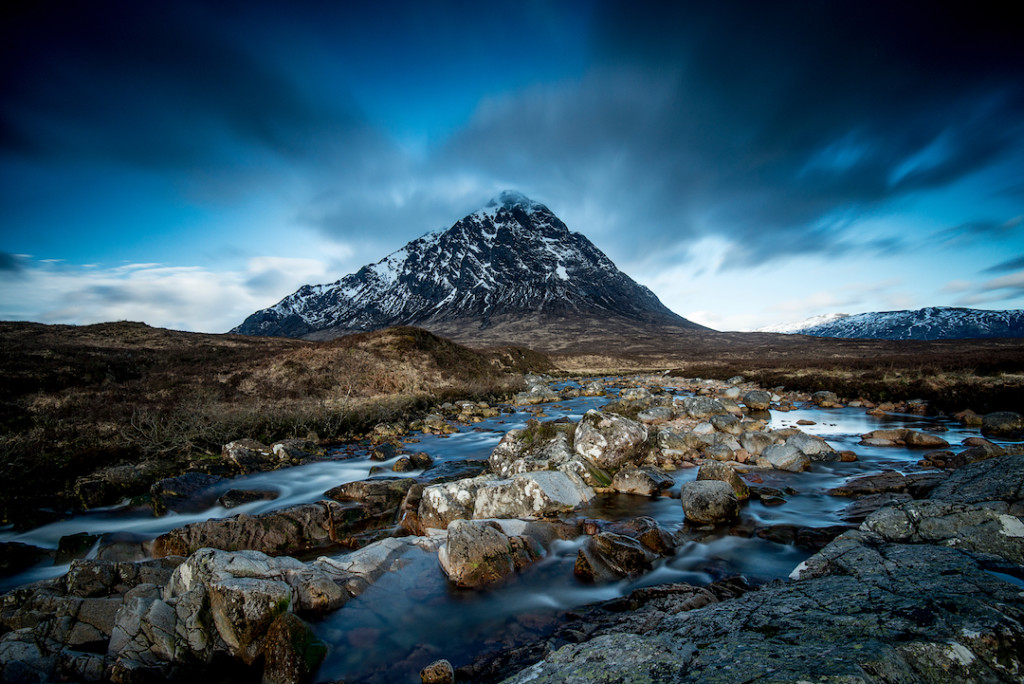 Hagrid’s Hut was a pivotal location in the Prisoner of Azkaban. The pumpkin patch, Buckbeak the hippogriff chained up and the giant stone slabs where Hermione punched Draco… ah, the memories. These scenes were all filmed in Glencoe, Scotland (in the Lochaber area within the Scottish Highlands) which overlooks Torren Lochan and the Signal Rock forest. Although all evidence of Hagrid’s Hut has since been removed, you won’t give it a second thought with the beauty of the Scottish Highlands surrounding you. 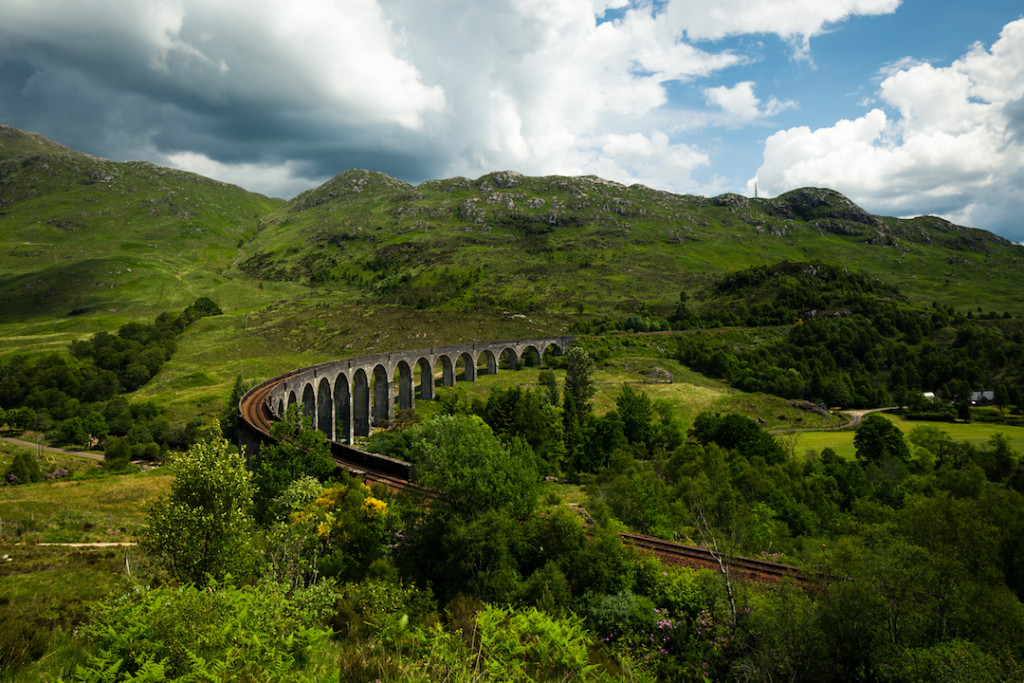 All aboard! This is a once in a lifetime sight, and one that will give you Harry Potter-themed goosebumps. The Glenfinnan Viaduct is the archway bridge that the Hogwarts Express – in reality, the Jacobite Steam Train – crosses on the way to the wizarding school.

You can actually see this exactly as it was in the movies (well, without a blue Ford Anglia flying above) by riding the steam train yourself or finding a vantage spot to view the train crossing. The Jacobite train runs from May to October and costs £35.00 for an Adult Day Return (or £59 if you want to treat yourself to a First Class ticket). If you’d prefer to see the train from a distance, make sure you arrive at a viewing point at either 11am and 3pm – they’re the best times to see the steam train go by on the viaduct (other, more modern trains do go by but are far less impressive).

After filming ended, where were all the props and trinkets to go? In the trash? Luckily, those who created the Harry Potter world at Warner Bros’ Studio understood the importance and magic of the world JK Rowling created, so they set up the Harry Potter Studio Tour for all of us to indulge in.

Not a long train ride from London, the Studio Tour in Leavesden allows us to walk around the Great Hall, venture into the Forbidden Forest, learn about costumes and props, and in winter, you can explore Hogwarts in the snow. Along the way, you’ll gain access to information on everything from how the films were made to the people who made them.

The hours change every day and you can check them here. Buy your tickets in advance here. 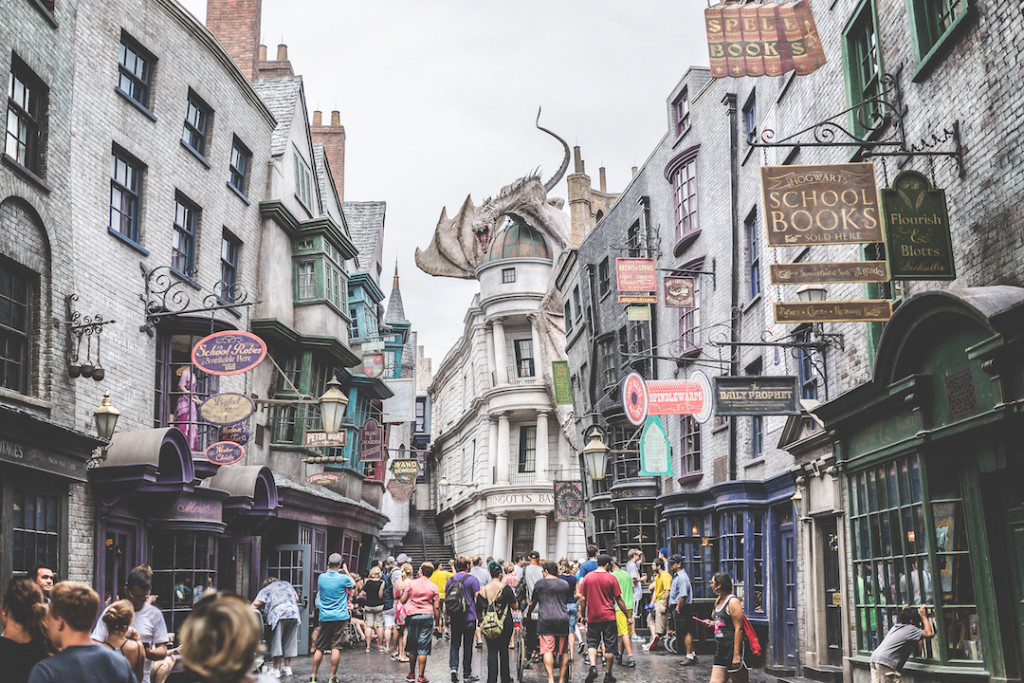 While the Warner Bros’ Studio Tour is the original Studio Tour from those who know best, Universal Studios Wizarding World of Harry Potter is pure indulgence and showmanship (we’d expect nothing less from you, America). Let the wand choose you at Ollivander’s, go on rides like Harry Potter and the Forbidden Journey and Flight of the Hippogriff, walk down Diagon Alley and gawp at the lifelike statue of the Hungarian Horntail on top of Gringotts.

In order to survive any undue wrath from Warner Brothers, this bar in Toronto, Canada dances around the theme of Harry Potter without explicitly saying “Hey! We’re a Harry Potter bar!” but believe me when I say the charms of the books and movie come alive here. The allusions to the boy wizard and the universe so carefully crafted by JK Rowling are apparent the second you walk in the door. Patrons are welcomed by a calm, magical atmosphere via exposed brick and thick wooden tables. Across the bar reads “Potions & Exilirs” and you can order classics like butter beer, befuddlement draft (a crazy sharable cocktail that really does look like magic) and more. If you show up on the right night you can even enjoy Harry Potter trivia!

Find your next Potter-filled adventure with our wishlist for the ultimate Harry Potter Fan. 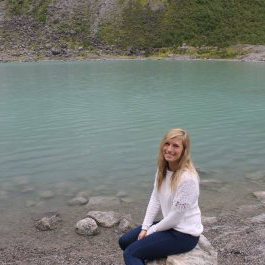 You deserve the perfect vacation where you can escape from current...

This story was created in partnership with: Tourism Authority of Thailand and Qatar...

Strolling Through The Best Food Cities In America

Strolling Through The Best Food Cities In America