People often confuse Australians for New Zealanders and vice versa, much to the annoyance of the locals from each beautiful locale. Truth be told, they are vastly different places, each offering their own unique adventures.

Australia is the sixth largest country in the world and is made up of the mainland, Tasmania and a number of other smaller islands off the coast. It’s completely surrounded by the Pacific and Indian Ocean and is home to kangaroos, koala bears, and duck-billed platypuses.

One of the most spectacular parts of Australia is the Western Australian coast. We love Rottnest Island, a small island off the coast of Perth, easily accessible by ferry. The island is a protected nature reserve and is home to the “happiest animal on Earth”, the quokka, as well as stunning white sand beaches and sheltered swimming spots such as the Basin, which has shallow waters perfect for swimming and snorkelling. – Christine, Adventure, Baby!

Walk from the famous harbour to the beach! No one forgets this combination of two walks linking the harbour with the beach.

Start at Rose Bay, following the 1.4-kilometre Hermitage Walk along the inner harbour. As the path dips down to a series of coves, there are outstanding water-level views of the yacht-flecked harbour and cityscape. Yet the rocky foreshore is almost  quiet and surprisingly bushy, bringing to mind the landscape before colonisation.

When the Hermitage Walk ends at Nielsen Park, follow the harbour’s contours through the leafy backstreets of Vaucluse to Watsons Bay. Refresh at the waterside pub before climbing to begin the three-kilometre Waverley Cliff Walk. The hike follows boardwalks and stairways along Sydney’s south-eastern coast, where the Pacific Ocean batters 200-million-year-old sandstone cliffs. Looking back from Dover Heights, there are lofty views of Sydney Harbour. The walk ends at Bondi Beach! – Sofia,

If you can make a night at the Sydney Opera House, then it’s an absolute must. This landmark location offers a little cultural treat for everyone, even the kids! Theatrical masterpieces, stand-up comedy, talks and all sorts of productions are on offer, waiting for you to enjoy.

If you’re looking for a real low-down party, then Melbourne is known to be the party capital of the country. Specifically cool for live music and creative gatherings. Sydney is the best for beachside parties and beach bars, while Byron Bay is the place to head for dancing into the night!

Meat pie is a firm favourite with the Aussies and it’s basically their answer to junk food. You can buy them from bakeries and restaurants all over the country and they’re best served with a large dollop of tomato sauce or ketchup.

If you’re a wine lover, then Western Australia is the destination for you. Overflowing with expansive wine farms in separate regions, the choice in local flavour is vast. You can embark on a wine tour or stay on a wine farm to make the most of your time there.

For a taste of Australian tradition, you’ll have to try their famous Anzac biscuits, which are very much like oat crunchies. During World War I they were sent over the seas to troops in Europe and the Middle East. They’re available all over the place and also in bulk at supermarkets.

The one thing you shouldn’t miss about Australia is the chance to explore Western Australia’s Coral Coast. When most travellers take a short-term trip down under they usually choose the more-popular East Coast because of the more famous destinations and beaches but the other side of the country offers more pristine and untouched natural beauty. The white sands and crystal clear water of Turquoise Bay is a stunning rival to the more touristy Whitsunday Islands and you’ll also find more to see when diving and snorkelling on the Ningaloo Reef than the Great Barrier Reef. If you happen to be travelling during certain months of the year you can also take a tour to swim with whalesharks, the biggest fish in the ocean, which is a truly unforgettable Australian experience! – Kat, Kat Is Travelling

New Zealand is a country consisting of the North Island and South Island, both of which are completely surrounded by water. This beautiful island country has always maintained an air of unspoiled grace, but it was the Lord of the Rings and The Hobbit trilogies that really showed the world just what they’re missing out on.

New Zealand is one of the most amazing places for adventurous travellers that seek that special thrill and need adrenaline like air for breathing! It’s the perfect country for a road trip with a camper van, especially the south island. One of our best memories is from Lake Wanaka, not too far from the crowded and popular Queenstown, yet offers a lot of hikes, nature and a beautiful lake! Take a hike to the beautiful Roys Peak, go skydiving over the southern alps or enjoy a picnic at the shore of the beautiful lake! – Sebastian, Off The Path

Swimming with dusky dolphins in Kaikoura, New Zealand was one of the most magical moments of my life. The day began at 5:30am and the sky put on a show, lighting up with the most vivid pinks, purples and oranges as we scanned the horizon for a pod of dolphins. When we found them, we jumped in with around 200 dolphins who were just as curious about us as we were about them, swimming circles around us and playing with us and each other as we snorkeled. These dolphins aren’t fed or enticed, so it’s a great way to interact with them on their terms. – Brittany Kulick, The Sweet Wanderlust

Visiting the glowworm caves was one of my most memorable adventures in New Zealand. You can join big tour groups at Waitomo where it’s possible to ride on a boat into the mouth of one of the caves. But for something a little more intrepid, try Glowing Adventures, a small family operation in the owner’s backyard, which also happens to be home to some caves.The two-hour adventure involves wading through streams, climbing over boulders, navigating through the darkness, and, of course, the highlight, seeing the glowworms. It’s a magical experience seeing a star-like galaxy appear within the darkness. – Victoria, Bridges and Balloons

This country is not famed for massive nightclubs or wild dance parties, but rather a relaxed vibe wherever you go. It does offer a colourful nightlife by way of bars and restaurants throughout the country, and some incredible clubs in Queenstown.

Auckland has a great buzz to it, especially down at the waterfront near the marina. For café life and superb restaurants, Wellington has a great arrangement of places to visit, all within walking distance to one another.

Christchurch partying is happening in the suburban areas, such as Addington, Fendalton and Merivale as the city rebuilds itself after the earthquakes that rocked it to its core. The entertainment there is starting to rebuild and will no doubt prosper.

New Zealand is well renowned for fresh fish, and as a country surrounded by ocean, it’s not surprising. Fish and chips are a local staple, served succulently fresh and deep fried in batter.

Pavlova is a firm favourite in both Australia and New Zealand, but cited sources say it originated in NZ. This delectable meringue base filled with strawberries, kiwi fruit and cream is an absolute must-devour dessert!

For a taste of raw goodness, snack on some fresh kiwi fruit from the land of the kiwis! Don’t forget to add plenty of those to your plate while you’re visiting.

There are SO many adventures to be had in New Zealand. But if I had to pick one I’d recommend a road trip! The New Zealand landscape is one of the most beautiful in the world and driving is one of the best ways to see it. The empty, winding mountain roads are quite an experience. I was born in New Zealand and every time I go back I take a different road trip. Last year I took a three week South Island New Zealand road trip and it was unforgettable. A car full of classic NZ snacks (pineapple lumps, L&P and Whitakers), stopping at cute little BnBs along the road and having gorgeous landmarks all to myself – perfection! Car rental can be really cheap as well if you take the time to look around. SO what are you waiting for? Get planning your road trip through Middle Earth. – Tara, Where is Tara 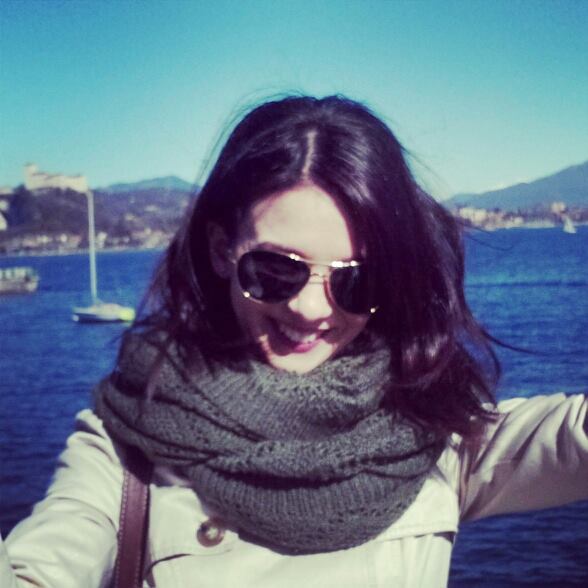 Antonia is a passionate writer and an avid reader. Eat well, travel often - are some of the words she lives by. When she's not writing or reading, she loves getting out in nature, hiking or losing herself in unknown cities.

Amalfi Coast vs Santorini: Two Idyllic Destinations, Which One’s For You?

Amalfi Coast vs Santorini: Two Idyllic Destinations, Which One’s For You?