The sights of New Zealand are truly remarkable.

From the snowy mountain ranges to the lush green forests, to the golden beaches, Aotearoa boasts a world-class landscape. Tourists know this of course and flock here in great numbers.

Do you want to travel through New Zealand being part of a small group tour? Check our options here.

That said, there are some special spots across the country that are – while entirely natural – seem pretty unnatural in their appearance. These are what make New Zealand such a fascinating place to be, as well as the more traditionally breathtaking landscapes we’re proud to showcase.

Without further ado, here are 7 of the most out-of-the-box kiwi spots.

If it weren’t for the Pancake Rocks of Punakaiki, the west coast of the South Island would remain largely untouched. Typically, travelers forgo this side of the island and venture up on the eastern side of the Southern Alps. This neglect is not a bad thing – the relative separation of the west coast is precisely the thing that makes it so special.

After you’ve emerged from the thick native forest, and traversed along the wild rugged coastlines, you’ll find the small township of Punakaiki. The keener travelers will make the journey here to see the pancake rocks with their own eyes. The rocks on the coast here have a formation like no other; their epithet earned thanks to their peculiar “stacked” appearance.

See Also: New Zealand Inventions Shaping The World As We Know It

If you’re in the know, you’ll know not to stand too close. When the waves rush in, the water is fired up through the natural rock chutes, and sprayed high into the air. While there’s the opportunity for a bit of an unintentional shower, it’s also an incredible display of nature to behold.

2. The Glow-worms of Waitomo

While it’s the arguably the most “unnatural” seeming feature on the list, we ensure that the bright blue lights of the Waitomo caves are entirely natural.

The stars on the roof of the caverns are actually the illuminated tail-end of glow-worms numbered in the millions. Pick a company that offers guided tours through the caves otherwise you’ll be left waiting in line forever and without any of your questions answered. These tours can vary in extremity and difficulty, but all will give the opportunity to take in the mesmerising sights of the luminescent critters.

There’s no photography allowed in the caves, as the flash can be damaging to the worms. Take this opportunity to put away the camera, turn off your flashlight, and enjoy the view!

The Waitomo caves may have shown us a brilliant blue, but the Champagne Pools in Rotorua will show us another striking colour – again au naturel.

The pools are located in Wai-o-tapu, a region famous for its selection of thermal springs, presenting a dazzling array of colour. There are vivid yellows, blues, greens, and the most fascinating of them all: bright orange. Because of the thriving bacteria in the water, the perimeter of the Champagne Pools are a vibrant orange, attracting visitors from all over the world.

While it’s great to look at, it’s not great to touch – if you still want your hand that is. These pools are dangerously hot, so enjoy with your eyes only!

Again continuing with our colour theme, we look to the south. Lake Pukaki, which sits at the foot of Mt. Cook and on the northern end of the Mackenzie Basin, is one of three distinctive lakes. All boast a turquoise hue, but Pukaki is arguably the most striking. Thanks to its brilliant blue, the lake is world-famous and makes for a particularly photogenic spot.

While it looks as if someone has dumped a whole heap of blue food colouring in the lake, the reality is that mother nature did all the work herself.

In winter, the surrounding mountains are blanketed in white, and the resulting sight is absolutely magical. Make sure you get a picture – just know you won’t need a filter for this one.

The Moeraki boulders can be found by paying a visit to Koekohe Beach near Moeraki on the Otago coast. The massive stone features of the beach are unique in that they’re round.

Not just a little bit round – really really round. The perfectly spherical appearance of the boulders attracts a number of visitors year round. Formed on the seafloor over 60 million years ago, their (presumably) final resting place is right here on the shores of New Zealand. Lucky us right?

If you’re feeling the overwhelming urge to jump on the boulders, feel free. There are no restrictions on getting close. Just make sure you get a photo of yourself on your stone dome!

Roughly halfway between Rotorua and Hamilton, is a small town by the name of Putaruru. It’s a place you’d encounter if you were headed south from Auckland, and usually somewhere you’d zip through with little more than a second’s thought. But there’s something nearby that’s enticing visitors to stick around.

If you drive just 10 minutes from the town centre, to Leslie Road, you’ll find the entrance to the Te Waihou walkway. From here, you’ll walk just 15 minutes and find yourself on the edge of the Blue Spring.

While it bears a colour in its name, it’s not the same vivid orange of the Champagne Pools, or the brilliant blue of Lake Pukaki. Instead, the spring is famed for its crystal clear water. The blue is a result of absolute water purity – so pure in fact that 70% of NZ’s bottled water is supplied here. You’ll be able to see why once you’ve taken it in with your own eyes. With the blue tint of the water and the lush green banks on either side – this special spot is one of many that earn Aotearoa its “Pure NZ” reputation.

While many dismiss Auckland as a place to visit, the City of Sails has a good deal going for it. While it has the concentrated hustle and bustle the way a big city always does, you only need to drive a short distance to find yourself in rural NZ.

Just a 45-minute drive to the west will take you to the Waitakere Ranges. This region is famous for its thick bush, numerous hiking trails, and a rugged, untamed coastline. The beaches like the one in Piha are popular with surfers, but the rips are strong and the waves tumultuous, so make sure you’re uber confident on the board.

A short distance north from Piha is Muriwai Beach, a fantastic spot to explore the area’s caves, cliffs and expansive dunes. If you head to the southern end of Muriwai, and walk the short journey up the hill, you’ll discover the incredible congregation of Australasian Gannets. Perched on the cliff edge, and upon the rock metres off shore, is a population of gannets numbered in the thousands. It takes only a moment to realise seeing such a significant number of birds in one place is something of a rare sight, and is a remarkable thing to witness.

Just beware: the picture is impressive – the smell, not so much. Home is where the heart is, but it’s also where the toilet is, so be ready for the stench of gannet droppings! 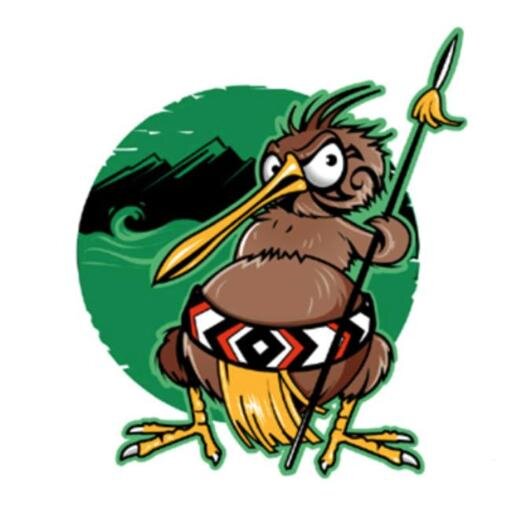 Surely you know how important it is to always check the visa...

Where to Travel: A Guide for Every Month of the Year

Where to Travel: A Guide for Every Month of the Year