Every year the kind people over at Vision of Humanity sit down and hammer out the hard numbers that determine just how safe each country in the world is or isn’t. Working alongside the Institute for Economics and Peace, the Global Peace Index is determined from groundbreaking research that calculates a ranking out of 163.

While we believe that every country is worth exploring, this year’s top 10 safest countries also happen to be some of our favourite destinations in the world! To celebrate the release of the 2018 Global Peace Index, we’re highlighting our favourite experiences in each of the top 10 countries! 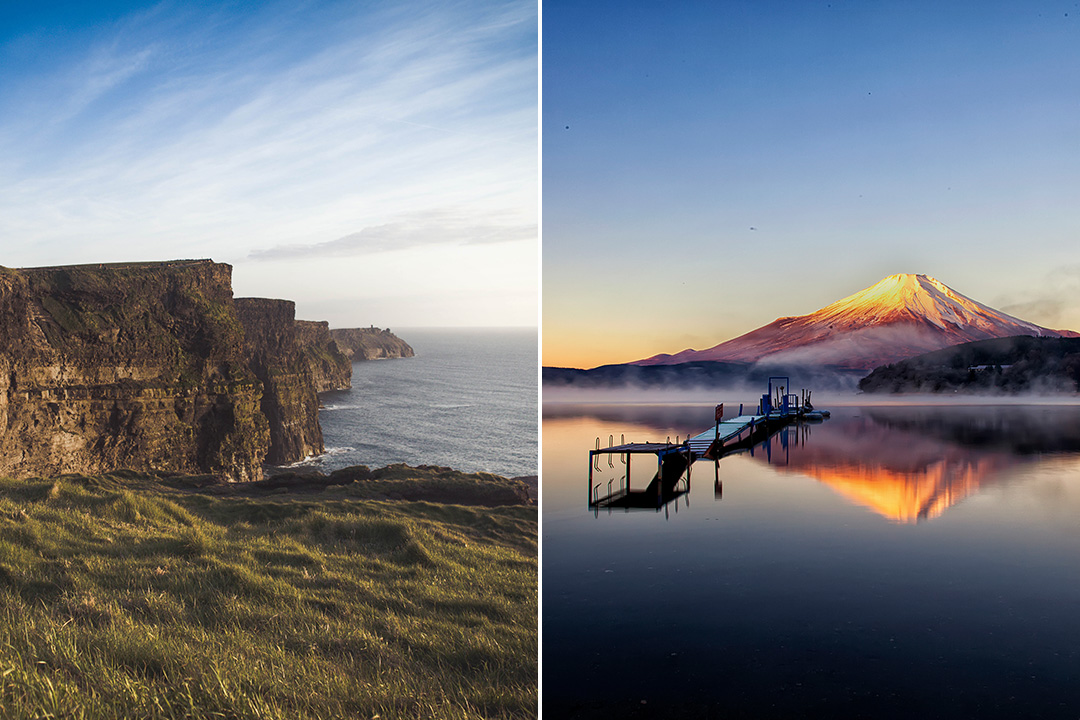 Tied for the 10th spot this year are polar opposites Ireland and Japan, two countries with starkly different landscapes and cultures but both equally safe, according to Vision of Humanity’s study.

Ireland is climbing the ranks thanks to improvements to the functionality of its government while Japan boasts a very low petty crime rate. Both countries have very rich histories, Ireland with ruins of its rich monastic past and Japan with its centuries-old Buddhist temples and Shinto shrines. No matter which of these two amazing countries you choose to visit (why not both?) you will be greeted with boisterous Irish friendliness and outrageously polite Japanese salutations.

You can drink your way through Ireland’s beer scene, with an obvious stop at the Guinness Storehouse or if you’re looking for something a bit different let yourself fall in love with Japan’s masterly distilled whiskey at the Yamazaki Distillery in Osaka. If it’s inspiring sights you’re looking for, then visit The Ring of Kerry or the Cliffs of Moher in Ireland. In Japan, during winter you can go on a journey and trek the Tateyama Kurobe Alpine Route in the Alps or relax in Takaragawa Onsen in Gunma. In both countries summertime is equally pleasant but you’ll have to pay them both a visit to find out for yourself 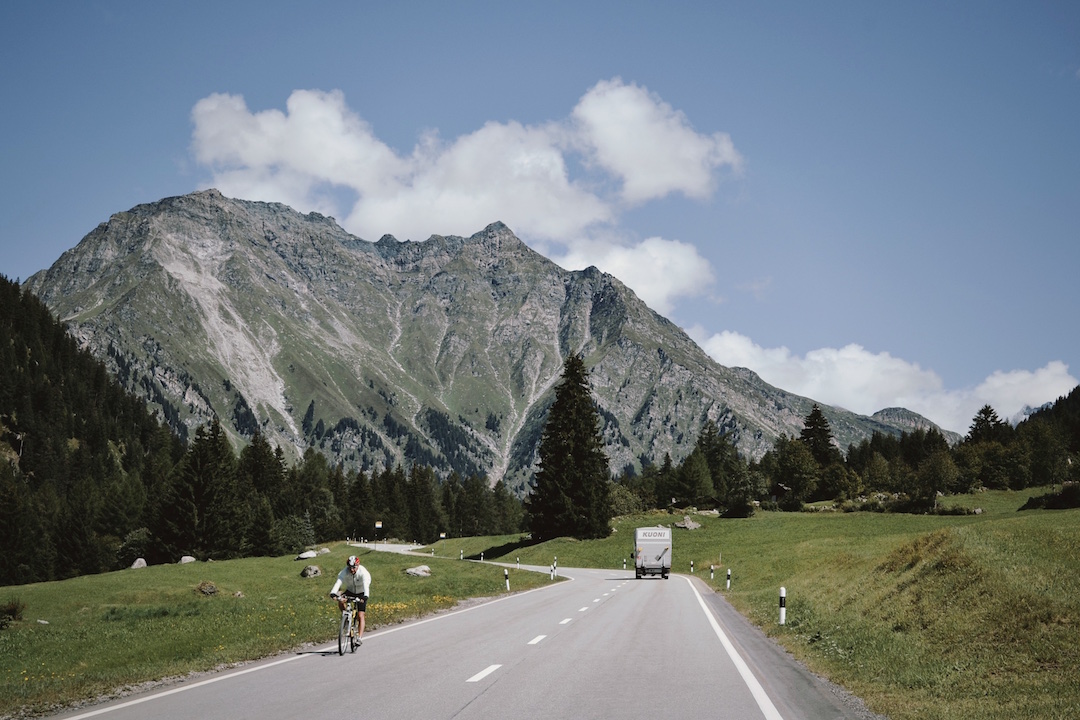 Of course it makes sense that a country often used as an adjective for peace in an argument amongst friends would be in the top 10. Historically never in a fight with anyone, Switzerland is a must-visit country. Travellers can expect to experience scenic drives through the famous Swiss Alps, passing through the valley of Swiss Engadine and all the way up to St. Moritz, a luxury ski resort town. If you love deep-blue lakes, thick forests, modern cities, charming rustic chalets and a little treat you may have heard of called Swiss chocolate, then it’s about time you checked out Switzerland! 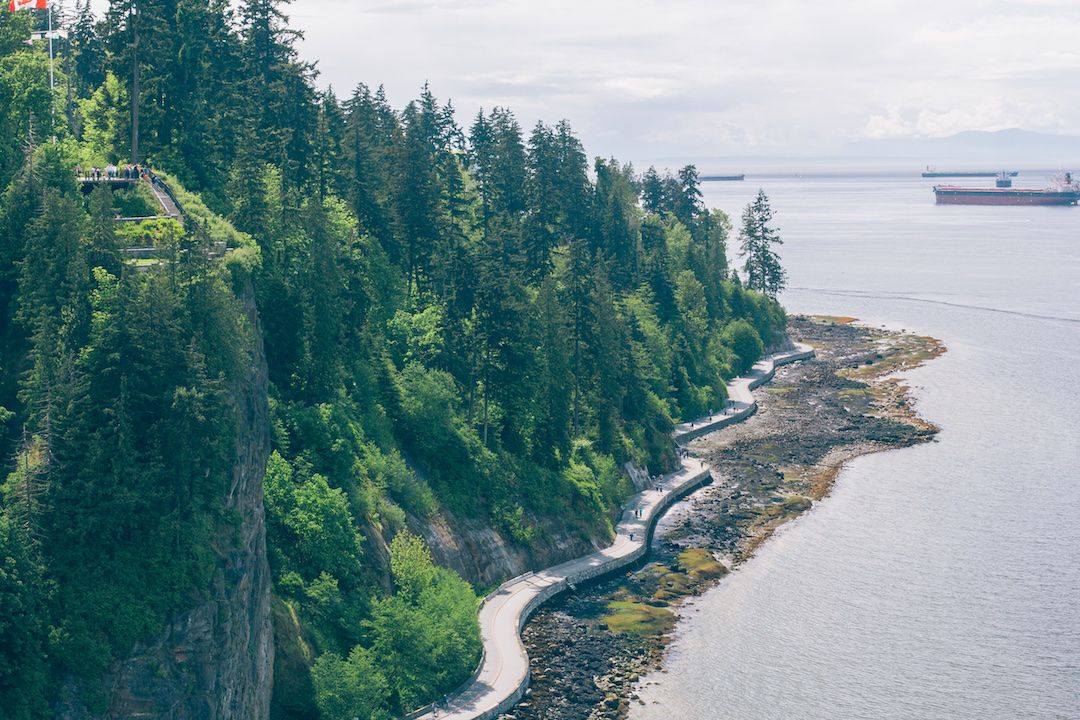 The True North, strong and free welcomes you with open and famously friendly arms! Canada is another destination everyone and their dog is completely in love with this year and a quick Google search will reveal why. The country has some truly incredible national parks to offer nature enthusiasts, from Jasper National Park on the West Coast to Killarney Provincial Park in Southern Canada. Many of the parks have inspired famous painters and the country also has an incredibly rich native history that one can experience by attending Pow Wows or visiting reconstructed Aboriginal villages around Canada. The country is also perfect for winter enthusiasts, as there are countless world class ski hills and trails to choose from and hot springs to relax in! 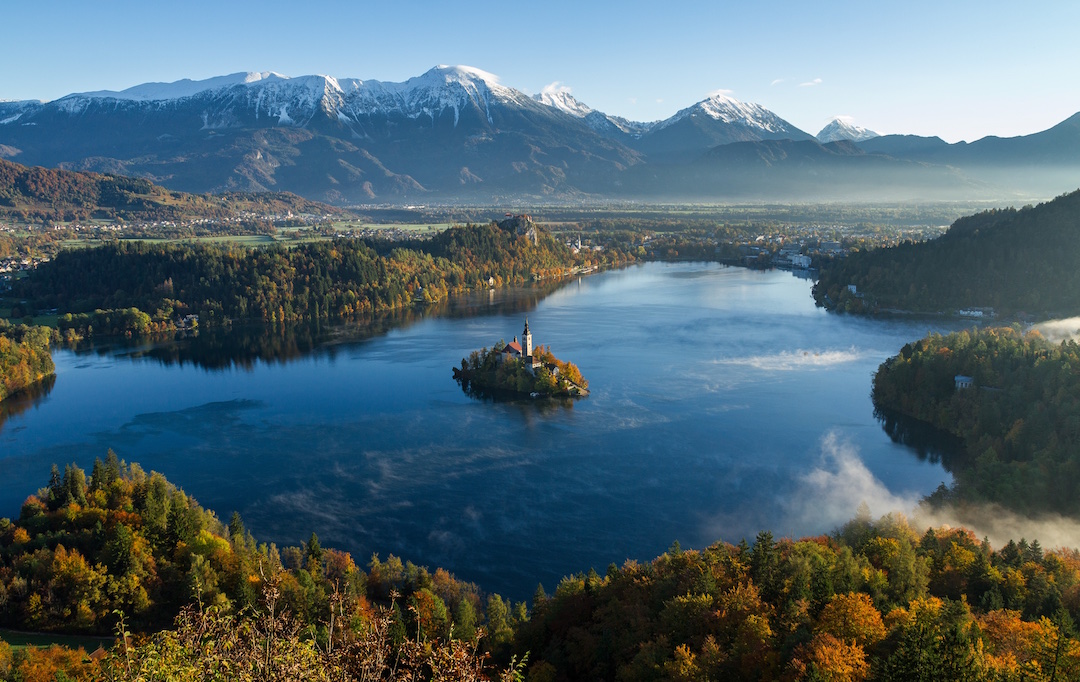 Slovenia has been slowly climbing the list of safest countries in the world according to the Global Peace Index, thanks to its improvements to the  “acceptance of the rights of others” over the last ten years.  But there’s way more to Slovenia than its safety ranking! Travellers should visit this under-the-radar vacation destination to enjoy its Bovec river adventures, the Skocjan Caves (a UNESCO World Heritage Site), and their expertly preserved castles. In one day you can drive from the flatlands in the east, past the breathtaking mountains and arrive at the sea for a swim, all in one day. Don’t worry if you don’t speak Slovenian, the average citizen speaks multiple languages so you likely won’t have any trouble communicating! Oh, and did we mention the great food, intoxicatingly delicious wines and that everything is pretty darn cheap? Well, what are you waiting for? 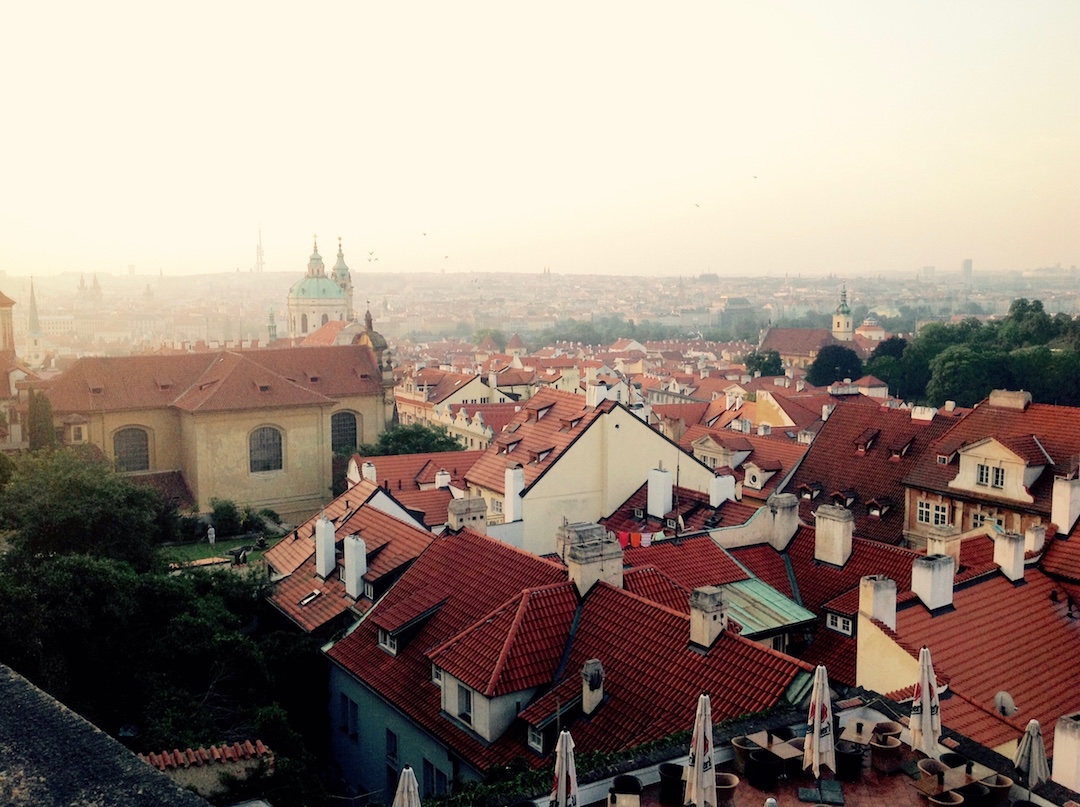 The Czech Republic has been maintaining a steady safety ranking for the past few years but it’s also internationally regarded for its ornate castles, rich history, and romantic medieval towns. A visit to the Czech Republic won’t be complete without wandering the streets of Prague and taking in the intricately designed St. Virtus Cathedral, which houses treasures such as the tombs of St. Wenceslas and Charles IV to the 14th-century mosaic of the Last Judgement. There’s also an impressive 600-year-old mechanical clock face in Prague’s city centre that is definitely worth seeing in person and the largest monastic library in the country, Strahov Library, which dates all the way back to the 17th century. Before you leave, you need to visit one of the country’s many microbreweries and discover why the Czech Republic is famous for its beers! 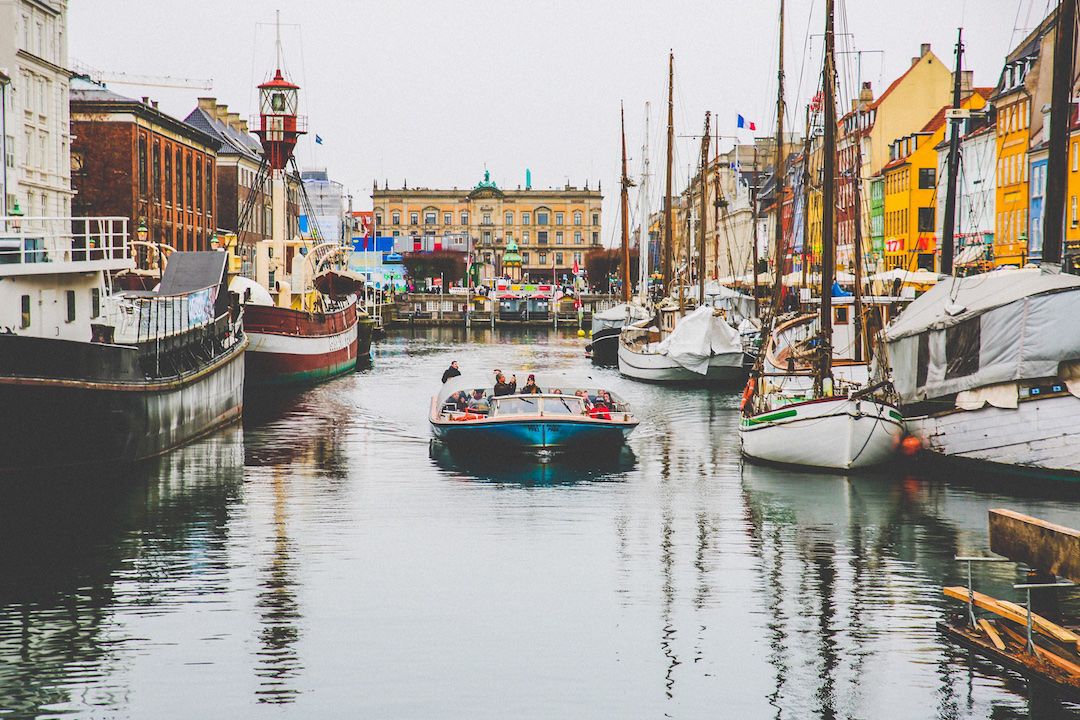 Denmark not only holds the #5 spot in terms of peace but also sits in top positions for nearly every global quality-of-life-survey out there, including happiest countries in the world! The capital city, Copenhagen is reason enough to plan a trip to this Nordic nation, with its laid back vibes and cyclist-friendly streets. With rows and rows of pastel-coloured houses, art studios, and charming cafes, the city offers a relaxing urban experience that will quickly make you realize why everyone is so darn happy. Throughout the rest of the country, you’ll find everything from picture-perfect beaches to calm lakes and dazzlingly high white cliffs. A visit to the ancient streets of Aalborg, one of Denmark’s oldest cities, will make it clear why the country is highly regarded as being a leader in the design world. 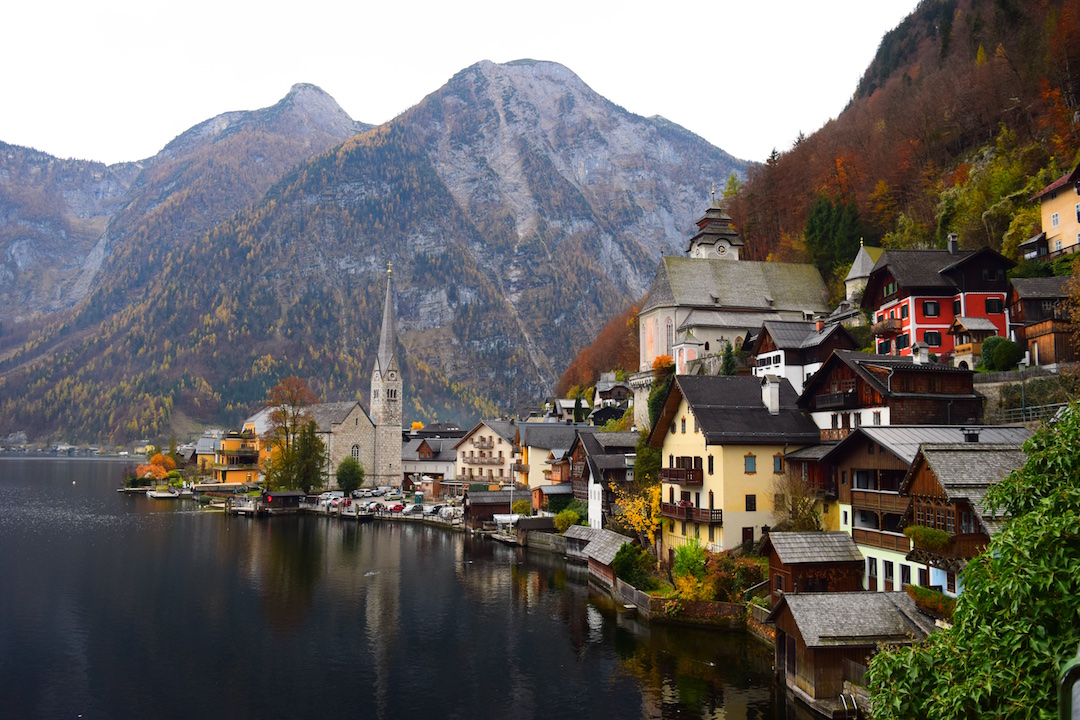 Austria swings into 4th place, helping to maintain Europe’s own ranking as the most peaceful geographic region in the world. The country is also great thanks to the seamless blend of urban and natural backdrops. One minute you can be sitting down to enjoy one of Vienna’s finest opera performances and the next you can embark on an invigorating hike through the nearby mountains. If you’re into storybook towns then a visit to Mozart’s home of Salzburg is a requirement, and if you wish to get away from it all head off to Bregenz to enjoy lovely views of Bodensee, Europe’s third-largest lake. 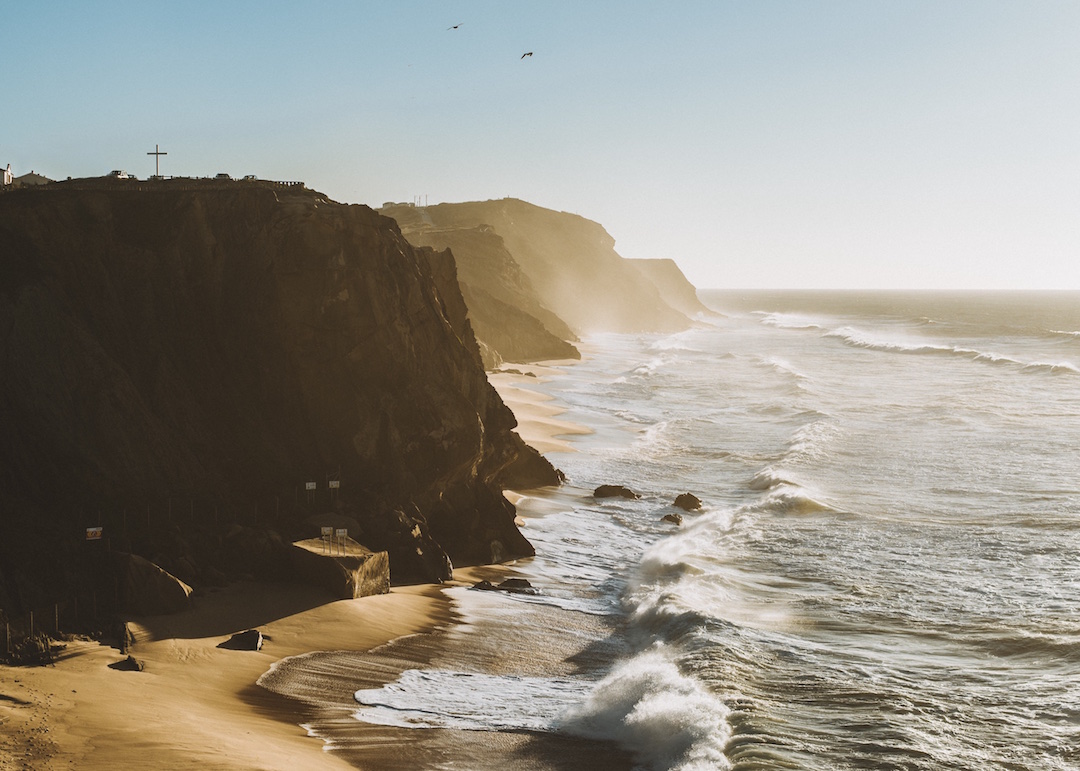 Congrats to Portugal, who has risen two positions since 2016 and is now one of the top three most peaceful countries in the world! Right now is the perfect time to pay this coastal European country a visit, and you’ll be helping support their economy as they continue to recover from a pretty rough financial crisis. Summer (June to September) is the ideal time to pay Portugal a visit so you can properly enjoy the sandy beaches, seaside cocktails and surf lessons. Once you’re done exploring beaches like Praia do Guincho and Altura, you’ll want to visit the town of Porto and perhaps even sample some famous Port wine. Or if you’re looking to really let loose head over to the town of Lisbon to experience true Portuguese nightlife at its finest. In the Cais do Sodre neighbourhood you’ll find the “Pink Street” which is home to the city’s classic nightclubs and trendy cocktail bars but not far from there you can also enjoy cheap student dives and fado houses, which host traditional folk music shows. 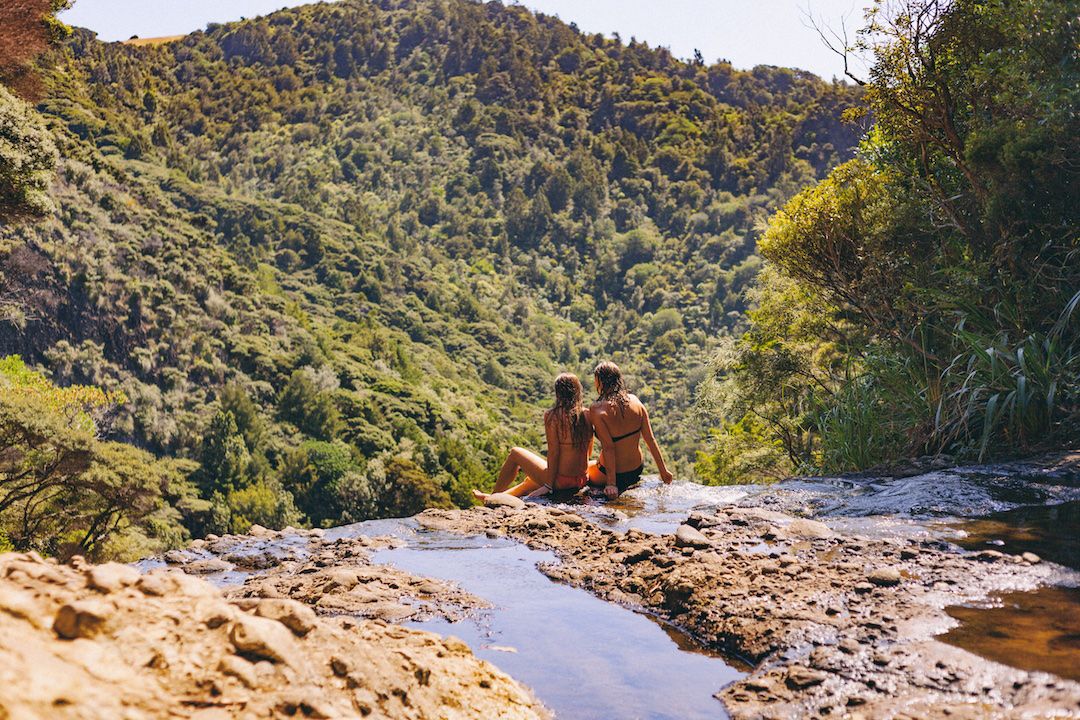 Ah New Zealand, a congratulation is in order for them too as they climb two spots from the previous year to sit comfortably in 2nd place. Their safety ranking may be surprising when you consider the battles of Middle Earth were all fought here but hey, Frodo prevailed in the end. You can actually visit the movie locations and experience the magic of Middle Earth for yourself in places like Nelson Lakes National Park, Mount Sunday, the Pelennor Fields and even the Hobbiton Movie Set in Matamata. If you aren’t a Lord of the Rings fan, don’t worry! Instead, you can catch waves on the beaches of Pinha or see the magical glowworms of the Waitomo Caves. No matter where you look while driving around New Zealand, you’ll be sure to encounter rolling green hills, charming farmlands and remnants of ancient Maori life.

It may take a while to get to isolated New Zealand but what’s waiting for you is well worth the trip!

For yet another year, Iceland reigns supreme as the most peaceful country in the world, and also one of the least militarised. Some could say that Iceland has an unfair advantage considering they also have one of the smallest populations in the world but they also have fairies, waterfalls and hot springs so who’s counting? Not only will your mum appreciate that you picked the safest country to vacation in, you’ll also get to enjoy swimming between continents, hiking through dormant volcanos like Thrihnukagigur and road tripping around the Golden Circle. 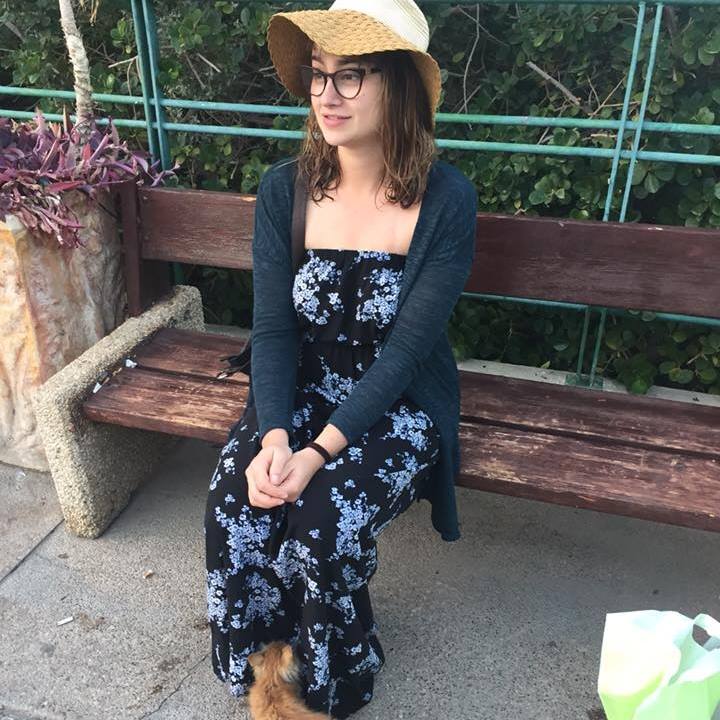 Surely you know how important it is always to check the...

View all posts by Sebastian P.