One of the best parts of to Africa is being able to see its amazing wildlife in their natural habitats with your own eyes, and one of the best places to do that is in a national park. Africa is home to an astonishing number of national parks, which help preserve the diverse species that live in these areas, many of which face extinction, and are integral to the continent’s conservation efforts. Visiting these parks is a great way to learn about these efforts while taking in truly awe-inspiring wildlife and scenery.

From the savannahs of the Serengeti to the forests of Bwindi, there are so many options to choose from, each with something different to offer. Read on to see which park you should visit on your next African wildlife adventure!

Travel on: a safari tour

Go for: the Great Wildebeest Migration

Serengeti National Park is home to your quintessential African savannah landscape – acacia trees and roaming wild animals dot its expansive open plain. One of the most well-known of Africa’s national parks, it’s a UNESCO World Heritage site and home to the Big Five animals – elephant, rhino, lion, leopard, and buffalo. Great wildlife sightings are a given here, but the Serengeti’s main draw is the Great Wildebeest Migration, an annual ecological event where millions of wildebeest, zebras, and other game animals migrate in search of fresh pasture. Their journey takes them eight hundred kilometers through the park towards the contiguous Maasai Mara National and is a phenomenal sight that shouldn’t be missed on any visit to the Serengeti.

Travel on: a Tanzania migration safari

See Also: What to Wear on Safari in Tanzania

Go for: the Etosha Salt Pan

Etosha National Park is one of the most important wildlife reserves in Africa, and many rare and endangered species are preserved within its borders. Here, you’ll have the chance to see the black rhino, as well as the tallest elephants in Africa. The park has a wide range of landscapes and varying geology, with its grasslands, salt pans, and dolomite hills. It has plenty of road networks and campsites, which make it great for extended stays and self-drive safaris from waterhole to waterhole in pursuit of great wildlife viewing.

Travel on: An Etosha safari

Kruger National Park is one of the most popular national parks in Africa for a couple of reasons. As one of Africa’s biggest national parks, it receives a high volume of visitors every year, but it’s also known for the webcams that capture a live feed of the park’s wildlife. It’s also well-equipped for self-drive safaris and luxury if you’re looking to view the Big Five in style. The park also marks historical and archaeological sites for information about the area and its history.

Travel on: a Kruger safari

Go for: a lush forest refuge

Known for its biodiversity, this tropical national park is one of Africa’s most special conservation areas. The park is situated on steep terrain on the edge of the Albertine and is the last remaining habitat for the highly endangered mountain gorillas that live within it. Bwindi is home to half the world’s remaining mountain gorilla population, and as one of the only places in the world where you can visit them in the wild: it’s not to be missed.

Go for: a unique ecosystem on the Okavango Delta

The Moremi Game Reserve encompasses of the Okavango Delta, which gives it uniquely varying landscapes. From riverine forests to vast savannahs, there’s no shortage of wonderful ecosystems here, which means that there are more unconventional ways to view the area. Whether you’re observing the park’s wildlife through a mokoro excursion, game drive, or on foot, there are many options to see sights that will amaze even the most experienced safari-goers.

In South Luangwa National Park, you’ll find an incredible variety of animals and scenery in a well-preserved setting. The park’s more remote location means that it’s less traveled, resulting in a more unspoiled and authentic experience. South Luangwa is believed to have originated walking safaris, which are popular here. Visit this park for views of hippos crowded in the river and amazing birdwatching.

Go for: the world’s largest waterfall

Hwange National Park is the largest reserve in Zimbabwe. Located on the edge of the Kalahari desert, it is best known for its vast elephant population, and for having the highest population of wild dogs the continent. While you’re there, be sure to make a trip to Victoria Falls, the world’s largest waterfall and one of the world’s greatest natural wonders.

Travel on: a Zimbabwe safari

See Also: Ethical Animal Tourism: How to Tell if Your Wildlife Tour is Legit

Because the Namib is the oldest desert in the world, the dunes you see are composed of sand that is millions of years old. Namib-Naukluft National Park is the meeting point of the Namib Desert on the west and the Naukluft Mountains in the east. Here, you’ll see a unique collection of creatures that are able to survive the extremely dry conditions and call the area home, like snakes, geckos, and hyenas. The Sossusvlei clay and salt pan is one of the major attractions of the park; v flock there to see the salt-infused sand stand in contrast from the rich orange dunes around it. If the desert fascinates you, this is the park to visit.

Travel on: a Namibia safari

If the orange brings Namib-Naukluft National Park to mind, then pink should conjure Lake Nakuru and its surrounding national park. At any given time, its shores are inundated by huge numbers of pink flamingos, attracted by a feast of algae that thrives in the lake’s alkaline waters. The park is a sanctuary for the black rhino and home to a large population of giraffes, cheetahs, and leopards. With a number of unique bird species in the area, it’s no wonder Lake Nakuru is known as the “bird watcher’s paradise.”

Go for: elephants against views of Mount Kilimanjaro

Amboseli National Park is one of the most exceptional places for wildlife viewing in Africa. Its large swamp system makes for a unique ecosystem that’s home to hundreds of different species of birds, like pelicans and crakes. Originally created as a reserve for the Maasai, the park is a great place to learn about the Maasai and visit their villages. It’s also the best place in the world to get close to free-ranging elephants, and see them against the immense backdrop of snow-capped Mount Kilimanjaro in the distance.

Travel on: a Kenya and Tanzania safari

With so many amazing parks and reserves to choose from, it can be hard to decide where to go next. Which of these parks is calling your name? 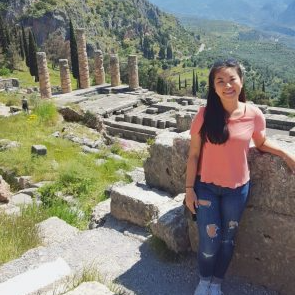 View all posts by Gemma Music

Perhaps you’re one of those travellers that effortlessly breeze through Heathrow...

The Best Safari Destinations in the World (Updated 2022)

The Best Safari Destinations in the World (Updated 2022)