The best part of starting a new year is the fresh possibilities and resolution setting that comes with it! 2021 is a brand new chance to tackle those travel goals and enrich your life by seeing the world.

Europe is a hugely sought-after destination, but with so many amazing countries to experience, planning a trip here can be overwhelming. Not to mention trying to find the funds!

If you’ve had your sights on a European adventure, but you’re not sure where to begin, look no further than our best-value places to travel across this amazing continent in 2021.

A political and cultural centre of Europe, Prague is not to be missed. Nicknamed “The City of 100 Spires,” it is chock full of historic buildings, and also listed as a UNESCO World Heritage Site. Take a sightseeing tour around 1,000-year-old Hradcany Castle, and ensure you take in the entire sprawling grounds, or see the famous Charles Bridge, one of the oldest stone bridges in Europe.

A European hotspot, Germany has so much to offer in terms of history, food, and culture. Make sure to hit up Berlin, where you can sustain yourself on delicious street food for under 5 euros a meal. While you’re there, check out the KaDeWa department store – a shopping centre in West Berlin that became iconic during World War II when Germany was divided. If you’re dying to try German beers, opting for local varieties will help you stay within budget. Germany’s low season is from November to March, so try to plan your trip during these months to capitalize on cheaper rates.

Across the Danube river from Germany sits “The Paris of the East:” Hungary’s capital of Budapest. Take yourself on a self-guided tour of Hero’s Square to see a historic monument honouring those who have made massive impacts on the country’s history. Another way to save some cash while discovering this beautiful city is to take advantage of its glorious parks. City Park and Gellert Hill are two of the largest green spaces that also serve as amazing spots for lunch or an early picnic dinner. Some of Budapest’s best grub, such as kabobs and sweet baked treats, can be found at grab-and-go locations – sometimes for less than 2 euros!

You might be surprised to see France, (a country is known for its three-Michelin star restaurants and high-fashion houses) on this list, but just as it’s entirely possible to spend huge amounts of money here, it’s also just as easy to see this beautiful country on a budget – it just takes a little planning. If you plan to be in Paris the first Sunday of the month, you can take advantage of free admission to world-renowned sites, such as the Musée d’Orsay, Centre Pompidou, or even The Louvre (though only from October to March). Other historic landmarks that are free for your viewing pleasure are Notre-Dame (excluding the tower) and the stunning Jardin du Luxembourg. Grab a baguette from a local bakery, a bottle of inexpensive wine, and some cheeses from a fromagerie, and you’ve got a lovely French meal to enjoy amongst the gardens.

Located in Eastern Europe, Poland is a favourite amongst travellers for its medieval architecture and inexpensive food, activities, and accommodation. A little money goes a long way in this country. Make sure you head to the capital of Warsaw, where you can do a self-guided walking tour of some of the country’s most beautiful historic buildings and monuments, including The Royal Castle, The Palace of Culture and Science, and Warsaw’s Old Town, which has been entirely re-built since WWII. To stay within your meal budget, keep your eyes out for “bar mleczny” restaurants, which literally translates to “milk bar” and is the equivalent of a cafeteria.

See Also: Eastern vs. Western Europe: Which is Best for You?

With its Mediterranean coastline, man-made wonders, and bustling bazaars, Turkey is an ideal destination for those interested in a rich cultural experience without breaking the bank. The capital city of Istanbul is teeming with activities that cost little to nothing, such as complimentary afternoon tea at the Dogançay Museum or admiring Byzantine architecture in the old town. For some of Turkey’s magnificent natural sightseeing, don’t miss out on Cappadocia, where you can walk amongst unique rock formations that locals have dubbed, “fairy chimneys” or revelling at man-made wonders such as the Derinkuyu underground city. For an authentic, inexpensive meal, order a Pide: a Turkish-style pizza often topped with lamb and loads of cheese.

If Italy has been on your European bucket list for years, there is no time like the present to plan your great escape. Hostels in the larger cities such as Rome are usually easy to find, and can be booked for as little as 25 euros a night for a bed in a shared dorm. With so many amazing sights to see, such as throwing a coin in the Trevi Fountain, you’re not going to want to spend time sleeping anyway. If you get hungry along the way, pizza by the slice is an entirely acceptable (if not encouraged) meal option here, and will run you 2-5 euros.

A secret tip for saving even more? Joining a group tour will give you a sampling plate of the must-sees and dos of each region at even further reduced rates than if you had shelled out for each experience individually. If you set out thinking a trip to Europe is unattainable, it most certainly will be! I hope we’ve shown you it is not only possible to see these European gems on a budget, but maybe even the secret to getting an entirely authentic experience abroad. 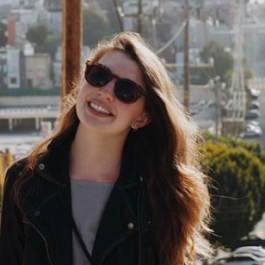 Carla is a freelance writer and yoga teacher. In constant pursuit of the extraordinary, she is based out of Toronto due to its proximity to great food, its diverse music scene, and because it allows her to catch a flight to pretty much anywhere. Follow her adventures at @carlabrags.

Gift Ideas for Older Parents Who Have Everything

Gift Ideas for Older Parents Who Have Everything