In an ideal world we wouldn’t need to decide on where to travel, we would simply go everywhere the heart desires! But things like budget and limited time tend to play a part in our travel plans, so we are often faced with a decision to make. Are you battling to decide between travelling to Canada or the USA? Many people have been faced with this conundrum, so we’re going to unpack all the best parts for you here.

Although they can be quite similar in their appeal, both Canada and the USA have very separate and enticing attractions to offer. Let’s look a little closer at each one.

See Also: The Ultimate Guide to Spring Break in the USA

Mountains, glaciers, forests and endless greenery make Canada a sought after destination for its immense natural beauty. But it’s also a haven of activity and entertainment for the urban lover too! Canada’s people are an incredibly diverse, multi-cultural, cosmopolitan population, possibly because of the relaxed and stable lifestyle that is generally led in this country.

If you’re an outdoors addict and your senses feast on fresh air and unspoiled nature, Canada is an excellent option for you. Camping, hiking, taking scenic drives, skiing and snowboarding (in Winter), canoeing and white water rafting, rowing, fishing… the list goes on. There are ample open-air activities on offer in Canada to thrill and delight the most avid outdoor enthusiast.

At the end of the day, if you really want to party, there is always something going on in the major cities of Canada. Canadians certainly know how to let go and have fun and have many festivals and events running throughout the year, such as their Celebration Of Light in Vancouver in July or the Quebec Winter Carnival at the end of January in Quebec City.

The Canadian dollar is well below the U.S. dollar right now, making this country a steal for American citizens looking to explore their neighbors to the north. Head into the mountains to experience wild life in its natural habitat, or head to the cities to get a taste of European culture with a laid back, Canadian twist. Don’t discount the islands of Canada. Some are harder to get to than others, but all are worth the trip. One of our favorite spots in the Pacific Northwest is Victoria, British Columbia. The mix of Canadian history, great food, gardens, culture and impressive hotels, makes this a weekend getaway you don’t want to miss.  Whistler is the perfect destination no matter the time of year. The snow is perfect in winter for skiers and snowboarders of all levels. Hikers and mountain bikers can’t get enough of the trails in summer and fall when the temperatures warm up, but don’t make you sweat too much. Olympic sites are great to check out with kids and the restaurants in the village are topnotch if you want to enjoy world class cuisine from across the globe. – Keryn, Walking on Travels

The United States of America is high on many people’s “to visit” lists and there are so many different regions that have unique appeal. From mountains, snowscapes and forested lands, to warm, arid deserts, or tropical coastlines and bustling cities. The USA definitely has a state for everyone, it simply depends on what you’re inclined to enjoy. Some of the most popular American states include:

We have been twice to New York City and still there is so much to discover. A great place to have breakfast or lunch is Jack´s Wife Freda´in Soho. During our break in-between fashion shows and meetings, we tried some home-made desserts in “Baccarat Hotel” served in a beautiful room decorated with red roses and crystals by Baccarat. The hotel is absolutely fascinating, starting from the professional service through to the wonderful interior. A really cool place to hang out and meet people is the Soho House, which is a hotel and a members cub in the meatpacking district. It is a space for eating & drinking and there is as well a roof top pool and a screening room.  A place to see, as well, is the Chelsea Market, which is a food market and shopping hall. You can find different kind of cuisines/restaurants and interesting/unique shops there. For people that are interested into art & culture, they should definitely visit the Museum of Modern Art or the Guggenheim Museum. – Desiree & Jennifer, Des & Jen

With Canada’s culturally diverse population there is a considerable representation of all types of foods to match any number of cravings. There are some French Canadian specialities that simply must be sampled, such as poutine, which can only be described as a dish of French fries covered in delicious gravy and topped with the curds from cheese. Canada is also known for some rich and rewarding Canadian craft beers, fresh fish and a wide variety of fruit.

Here’s a short list of the most delicious dishes and drinks from Canada:

USA is notoriously famous for burgers and fries, hot dogs and pizza. Fast food is major player in the food industry, but that’s not to say there aren’t loads of amazing restaurants and diners on offer and a vast arrangement of tastes for different palates. There are also loads of healthier options and an ever-growing organic, free-range mindset when it comes to food and drink.

You can find pretty much anything your heart desires in the major cities of America. In the smaller towns, you’ll be treated to more home cooked meals and specialities, especially as you travel down south, where fried chicken, collard greens and corn bread are known as typically American comfort food. Don’t forget, no visit to the USA is complete without a meal in a typical American diner.

The USA has some incredible food on offer – even simple diner style restaurants are a treat and can be quite a different to visitors, depending which part of the world you’re from. Local markets or Mom & Pop run places often have the freshest, tastiest food. Your best bet is to talk to locals to get recommendations on where to dine, especially since each region has its specialities (e.g. Chicago deep dish pizza, East coast seafood, etc.). – Jen & Ted, Thrifty Nomads

Here’s a list of the most famous dishes of USA:

Here some tips for getting around in Canada in the most time-effective way:

Here some tips for getting around while in the United States:

The USA is a vast place. There’s a lot to see and it can be overwhelming to know where to start. Do you want mountains, beaches, and epic scenery? West Coast driving may serve you well. Are you after towering skyscrapers and a buzzing city nightlife? The Northeast may be a good fit with highlights like New York City and Chicago. Rather than trying to tackle the entire country (which is huge!), think about what you want out of it, and narrow it down into sections.

Road tripping can be a great way to see the U.S., and there are many routes highlighting particular regions. Consider one-way car rentals as well, which are often reasonably priced and an easy way to get from point A to point B. Not up for driving? The states are well connected by a variety of airlines, so fares are quite reasonable to get you from one point to another. That being said, you don’t want to spend lots of your days in transit, so be mindful when planning to not move around too quickly so that you’re actually able to explore your region(s) of choice! – Ted & Jen, Thrifty Nomads

USA and Canada are comparable in price and both are quite expensive. You can enjoy a good meal for around 35 US dollars, but the range of your option is definitely wide and it will be easy to find what you’re looking for. Both countries have their own currency: the US dollar and the Canadian dollar.

So, which one is better?

Canada is the world’s second largest country and there, spread across six time zones you’ll find both vast expanses of wilderness, as well as cutting edge cities like Montreal and Toronto. On the other hand, you could spend years travelling through the United States and still not see it all. Richly diverse in terms of landscape, food, and culture, you can have it all in America. 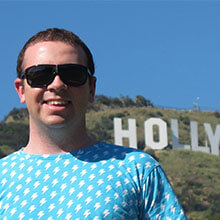