Have you ever dreamed of exploring the Amazonian rainforest, a New Wonder of the Modern World, and ancient Incan ruins all at once? Well lucky for you, Peru has all three. And as the third largest country in South America with over 10,000 years of history, Peru boasts an abundance of cultures, traditions, and incredible archaeological sites.

While Spanish is Peru’s official language, there are over 47 native languages spoken as a result of international influence from a wide variety of other cultures, including Colonial Spanish, Amerindian, and Asian cultures. Over the years, Peru has increasingly gained popularity amongst travelers around the world, making its mark as a must-see destination.

If you’re planning a trip to Peru and wondering where to go, Cusco and Lima should be the top two cities on your list. Here are some comparisons to help you decide where to head first.

Everything You Need to Know About Cusco

Also known as Peru’s cultural capital, Cusco is one of the oldest living cities in the Americas, also a UNESCO World Heritage Site and the historic capital of the Inca Empire from the 13th to the 16th century until Spanish rule. Today, Cusco remains entrenched in history for its many visitors to see.

The Weather in Cusco

Despite being high up in the Peruvian Andes, Cusco can be unexpectedly sunny and warm. Temperatures don’t vary much during the year, staying around 15-20°C (60-70°F) during the day and -1 to 4°C (30-40°F) at night. However, the city does have two distinct seasons: dry and rainy.

Dry season usually occurs between May and October, while rainy season usually occurs between November and April. Remember, Peru is in the Southern Hemisphere, so the country’s summer and winter are opposite to North America’s. If you’re okay with a bit of rain, it may be more worthwhile to visit Cusco between November and April. You’ll be able to avoid massive crowds and enjoy a little more peace and quiet.

See Also: How to Take the Best Photos of Machu Picchu with a Smartphone

What to do in Cusco

What to eat in Cusco

See Also: Machu Picchu vs. Chichen Itza: How to Decide

Everything You Need to Know About Lima

Despite being Peru’s capital (and largest) city, Lima is often overlooked in favour of Cusco. Historically speaking, Spanish colonization left an undeniable mark on the city. Today, Lima is a bustling metropolis flooded with incredible colonial architecture and unforgettable gastronomic experiences.

The Weather in Lima

In general, temperatures in Lima are very similar to temperatures in Cusco—opposite to North American seasons. However, the best time to visit Lima is from December to March, which is actually considered a bad time to visit Machu Picchu. That means, if your priority is to see Machu Picchu during the sunny season you’ll likely find what locals call la garua, a thick misty fog with overcast skies, when visiting Lima.

See Also: How to Spend a Month in Peru

What to do in Lima

What to eat in Lima

Have you decided whether to visit Cusco or Lima? Tell us your pick in the comments below! 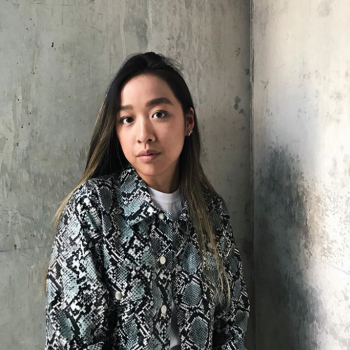 Stephanie is a content creator and adventure seeker who recently returned from a three-month solo trip across Asia. When she's not writing, she spends most of her time shopping, dogspotting, and planning for her next big trip.

The Atacama Desert is top of the travel bucket list for...

Dreaming of exploring Patagonia’s mesmerising landscapes but don’t have the time...

Your Complete Guide to Thai Food

Your Complete Guide to Thai Food