If you’ve finally decided to go on safari in the great continent of Africa, your first decision may be the most important: where are you going to go? South Africa and Tanzania are two popular options, but which is best for you? Both countries, although they may seem similar at first glance, offer visitors diverse and exciting experiences.

Travel on: an African safari

The main seasons of South Africa are summer and winter; autumn and spring weather generally lasts only two months. As South Africa is in the Southern Hemisphere, the seasons you may be used to could be reversed!

South Africa is home to many different climate zones, ranging between desert and sub-tropical. Visiting these locations will vary the temperature and humidity you are exposed to, so be sure to understand your itinerary thoroughly along with the places you will be visiting before arriving in South Africa.

The peak season for travel to South Africa is often dictated by the attractions on offer throughout the year. The drier months (May to October) are ideal for a Safari trip to destinations such as Kruger and Madikwe.

For a beach holiday, a trip to Cape Town is best during the hotter time of the year (November to March). If you’re looking for whales,  June to November is the time to visit, with September being the peak season.

What should I pack for a safari in South Africa?

For a safari in South Africa, it’s best to pack light.

See Also: Creature Comforts You Wouldn’t Expect On A Safari

What animals will I see in South Africa?

Common animals to see during a South African safari include elephants, wildebeests, giraffes, white rhinos, hippos, and zebras. Not as commonly seen are creatures such as leopards, hyenas, and cheetahs, and it is very rare to see black rhinos.

It is also important to note, due to the climate in South Africa, the weather is unlikely to cause any of the wild animals to fall into hibernation.

If you are visiting South Africa for the first time, and you are unsure of what to expect, it may be a good idea to consider visiting on a tour. This option can maximise safety, whilst surrounding you with other like-minded individuals. A tour can also make the journey run extra smoothly, while guiding you through to all the treasures that South Africa offers.

Sampling some of the traditional foods at a new destination can often be an experience within itself, and with all the unique foods available in South Africa, visitors are provided with plenty of opportunities to expand their palates. Some can’t-miss dishes in South Africa include Bunny Chow, Chakalaka, Boerewors, and Pap.

Seasons of Tanzania are also reversed when compared to the Northern Hemisphere seasons, with the country being located slightly south of the equator. Also due to this location, the country only experiences minor fluctuations in temperature throughout the year.

Tanzania also experiences two rainy seasons, the first being from March to June, and the second being October to November. It is also important to note that summer is typically slightly cooler than winter in Tanzania.

The best seasons for viewing the diverse wildlife of Tanzania are between the months of June and October, the country’s dry season. The best weather is offered during this timeframe, and the lack of rainfall means you’ll have a better chance of seeing all the animals you’re looking for. The low season is between April and May, with many lodges closing down due to the rainy season hitting its peak.

See Also: 12 Things I Wish I Knew Before Visiting Tanzania on a Safari Tour

What should I pack for a safari in Tanzania?

Much like in South Africa, it’s best to pack light for a safari in Tanzania

What animals will I see in Tanzania?

When on safari in Tanzania, travellers can look forward to seeing a diverse range of animals. Elephants, hippos, buffalo, giraffes, lions, and zebras are all very common. Leopards and cheetahs are occasionally seen, whilst black rhinos and wild dogs are very rare. There are also no white rhinos in Tanzania.

Different months of the year can offer diverse animal-related experiences. For example, in June and July, visitors are able to see the renowned wildebeest migration. It’s important to research the different experiences on offer year around, so you can judge which time of year you’d like to visit.

Similarly to South Africa, if you are visiting Tanzania for the first time, it may be a good idea to travel on tour. Not only can it surround you with like-minded individuals, provide a cost-effective experience, and guide you through the beautiful sites of Tanzania, a tour can also maximise your safety.

Tanzania is home to an abundance of traditional foods, perfect for curious travellers to expand their palates. Some foods to try when visiting the country include Ugali, Pilaf, Chapati, and Biryani.

No matter where you decide to go on safari, it will be a unique, life-changing experience. We hope this has made one of your most difficult questions a little easier to answer.

Where would your dream safari take place? Tell us in the comments below! 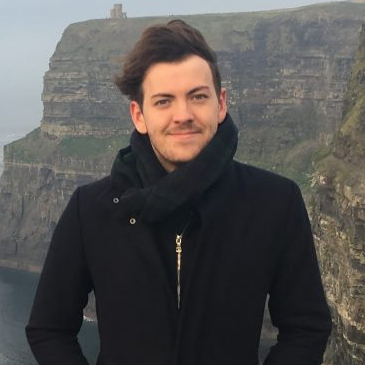 Nicholas Hastie is a writer located in Brisbane, Australia. He enjoys documenting his journeys through travel and photography, hoping to inspire others to create unforgettable memories. He has travelled to 9 countries himself, Japan being his favourite. Follow his adventures on Instagram via @NicholasHastie and @WonderfulRoaming

Is there anything better than travelling with friends? We don't think...

Tuscany Vs. Umbria: Which Italian Region is Calling?

Tuscany Vs. Umbria: Which Italian Region is Calling?