There’s nothing like spending those humid, smouldering days of summer with an ice-cold drink in your hand, a euphoric vibe around you, and your favourite band playing your favourite song on stage in front of you.

It’s why there are so many music festivals all over the world, from massive to small, from the deserts of California to the shores of Croatia; and why music festival season well extends into the fall, winter and spring. Dust off your sleeping bag, best festival clothes and go-to flower crown. Next, secure those tickets and buy a pair of earplugs. Summer’s just around the corner, and you know what that means: it’s time for music festivals once again.

Here are the best music festivals to consider in 2018. 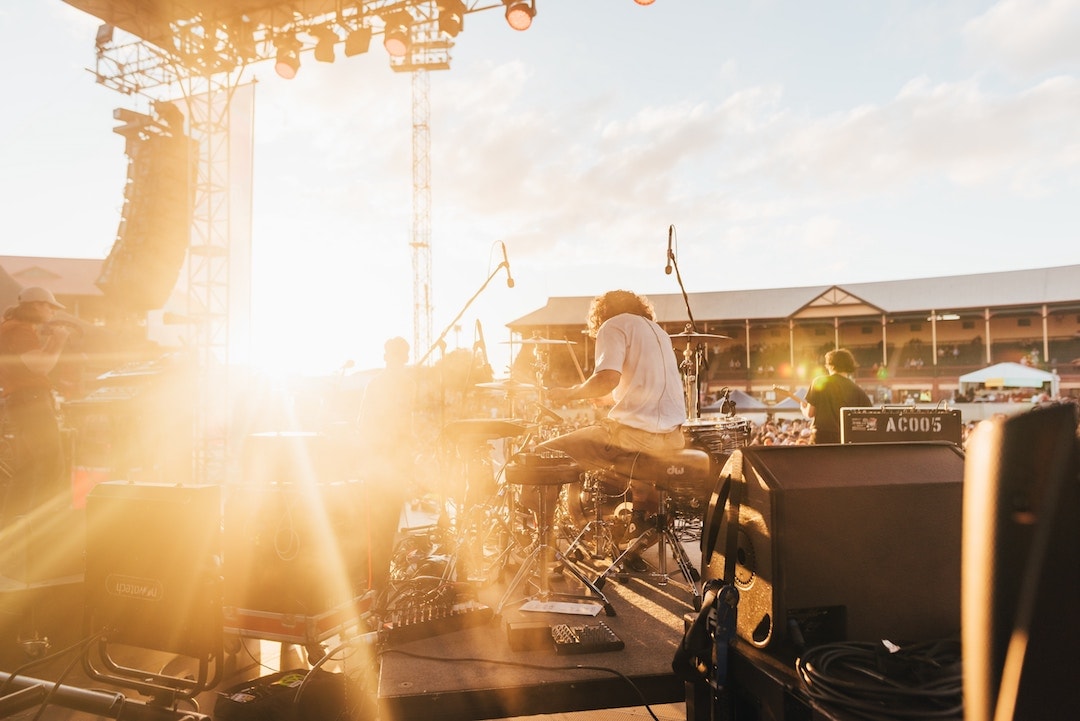 This week-long festival is not just about music – it’s got its own film and comedy festivals as well, not to mention a tech portion. Yet to music lovers, SXSW is the celebration of all types of music, albeit with a bit of focus on rock, and a way for those in the industry to network.

It’s also a city-wide celebration, practically taking over many parts of Austin during its annual stint.

Like SXSW, Tomorrowland is more than just a music festival. It’s also a celebration of life, Mother Nature and people. It also looks like Disneyland for adults, though we expect no less of one of the biggest EDM festivals in the world to deliver.

This year’s theme is The Story of Planaxis and its lineup features Steve Aoki, Axwell /\ Ingrosso, Bonzai All-Stars and Adam Beyer.

What I enjoyed most about Tomorrowland was that everyone was so pumped to be there. From the moment we arrived, you could feel the positive energy everywhere. And I guess it’s not that surprising — people buy their tickets as soon as they go on sale and plan for the festival all year. Also, being a food writer, I have to note that the food and drink options were pretty amazing and not just in the Tastes of the World restaurant where I presented my signature dish.

I would recommend going with an open mind, making friends and wearing comfortable shoes — if you’re dancing from morning to night you’ll need them. I’d also recommend giving yourself an extra day to explore Brussels and/or Antwerp — really cool, unique cities, and again, plenty of food stuff to try: great beer, moules frites, charcuterie, and in Brussels especially, a Parisian-like café culture. – Caitlin, Back to Spain

Dreamville and the stages are as dreamy as you see in all the photos and videos. The whole place had an Alice In Wonderland look and everyone was in a constant good mood. There’s a strong community feel around the whole festival site and you’re guaranteed to make many new friends along the way. If I had to give one word of advice it would be to bring your own soap (or hand sanitiser at the very least!). Apart from that remember the motto: eat, sleep, rave, repeat! – Em, Catch52

Even if you don’t particularly care for electronic music, you will still have the time of your life frolicking around Tomorrowland – sampling food and drinks from around the world, or testing your luck over a game of poker!

The best part of Tomorrowland was joining the masses of attendees from 100+ countries who come together for the music, putting all differences aside. In a way, Tomorrowland represents a utopian-like society. . . almost, which is why there’s one vital piece of advice to know. Rain! Prepare for it! That means rain boots, raincoats, waterproof phone cases and plastic to keep your money dry. – Allison, Seeking Neverland

Biggest EDM music festival in the US: Electric Daisy Carnival

Also known as EDC, the Electric Daisy Carnival is one of the world’s biggest and best known electronic dance music festivals. It also spans several countries including Mexico, Japan and China, and boasts a carnival, rides and art.

It’s flagship, however, is Las Vegas, which this year boasts Diplo, Jai Wolf, Kaskade, Zedd and Tiësto in its lineup.

While oppressively humid Miami might not be the most obvious choice for a music festival, Ultra does have the advantage of being held in the spring when the temperatures are tolerable. Though we doubt harsh heat will stop any EDM festival goer, not with lineups as great as Ultra’s.

This year’s, for example, will feature Armin van Buuren, Carl Cox, The Chainsmokers and Eric Prydz to start.

I really love the energy of the festival and how it brings so many people from all over the world together to dance, release their worries and be in the present moment. It’s a beautiful experience. The one piece of advice, i’d give someone attending Ultra Music Festival is to come prepared for Miami’s weather. It’s really hot and humid here so dehydrating is easy especially at an outdoor concert. Dress lightly, wear sunglasses, bring a hat,  slather yourself in sunblock and drink lots of water. Make sure to take breaks in between performances and find shade. – Annie, The Fashion Poet

Lollapalooza is one of those music festivals that everybody just knows, probably because it’s one of the biggest and it encompasses a number of genres – from alternative rock to hip hop to electronic.

It also boasts several locations including Santiago (Chile), Sao Paolo and Berlin, although if you’ve never been to one, you might want to head for Chicago, which has served as its main location since 2005.

The UK is known for its plethora of music festivals, with Bestival UK being the best at shying away from massive corporate influences. Aside from music, which is largely Indie and dance, this boutique festival has also made a name for itself for being one of the quirkiest and most innovative.

Some of its areas, for example, are the surreal Ambientland, the Buddhist-inspired Colour Field, and the circus of Caravanserai.

The atmosphere. Within 800 metres I went from being invited to a Spice Girls themed wedding reception in an inflatable castle, to walking through an ambient enchanted forest full of cosmic crusaders. The following day I danced the two step in the pouring rain alongside a man dressed as a Mexican sugar skull at an abandoned ship for a stage.

Bring wellies. There is no British festival without an abundance of mud and rain. You can often buy them at the festival but be prepared to pay a steep price. Better to be safe than muddy. -Lizzy, Kiki Blah-Blah

See Also: 21 Photos of the Most Instagrammable Destinations in the World

These days, Coachella is more about the frenzied parties, the celebrity sightings and the hottest festival outfits. What began as a celebration of music in the desert has mutated into this big Hollywood party fest. Still, it hasn’t stopped real music fans from making that trip from anywhere in the world to Indio about two hours east of Los Angeles.

This year’s lineup includes Beyonce, The Weekend, the War on Drugs, Haim and Eminem.

It’s a great festival for a family of music lovers as well as folks who are all about the arts and crafts.

Japanese people are well-known for their love of order so naturally, one of their biggest music festivals has adopted the tradition.

Whilst its many competitors have a client base that requires hefty waste management, Fuji Rock Japan leans towards the clean and the organised with its meticulous recycling system, orderly lines and better-behaved attendees. Does all that ruin all the fun? When that music starts playing, not in the least bit.

Set on an island along the beach, it’s common for festival goers to indulge in pool parties and come in their best swimwear.

Hungary’s Sziget Festival, name-dropped as one of Europe’s best, is part music fest, part cultural fest. It’s why many have dubbed it the European Burning Man, though it’s more music leaning than the Black Rock City gathering.

Like Hideout, it’s also set on an island thus the name – Sziget is Hungarian for the word island. Unlike Hideout, it features several genres from pop to Indie to psychedelic rock.

Apart from the amazing headliners I really love the fact that you can do so many exciting things at this festival. It’s always full of surprises and secrets, for example last year there was a small party place that you could only enter through a toilet (but nobody knew which toilet, so we all had to find it, haha).

Prepare for the seven days. It’s a lot longer than most festivals and if you get very drunk and don’t sleep for like 3-4 days, you won’t survive till the seventh day. I always plan a bit ahead and don’t get extremely exhausted in the first few days so I can last till the end. – Emma, IEMMA

Rock in Rio has had the privilege of hosting the likes of Queen, Whitesnake and The Go-Go’s on stage on its very first run in 1985. And it has, since then, featured a number of equally massive names. These days, this Rio de Janeiro-originating festival is so big it can’t seem to settle on just one location.

For example, 2018 will see it in Lisbon, Portugal, with Muse, The Chemical Brothers and The Killers in the lineup. 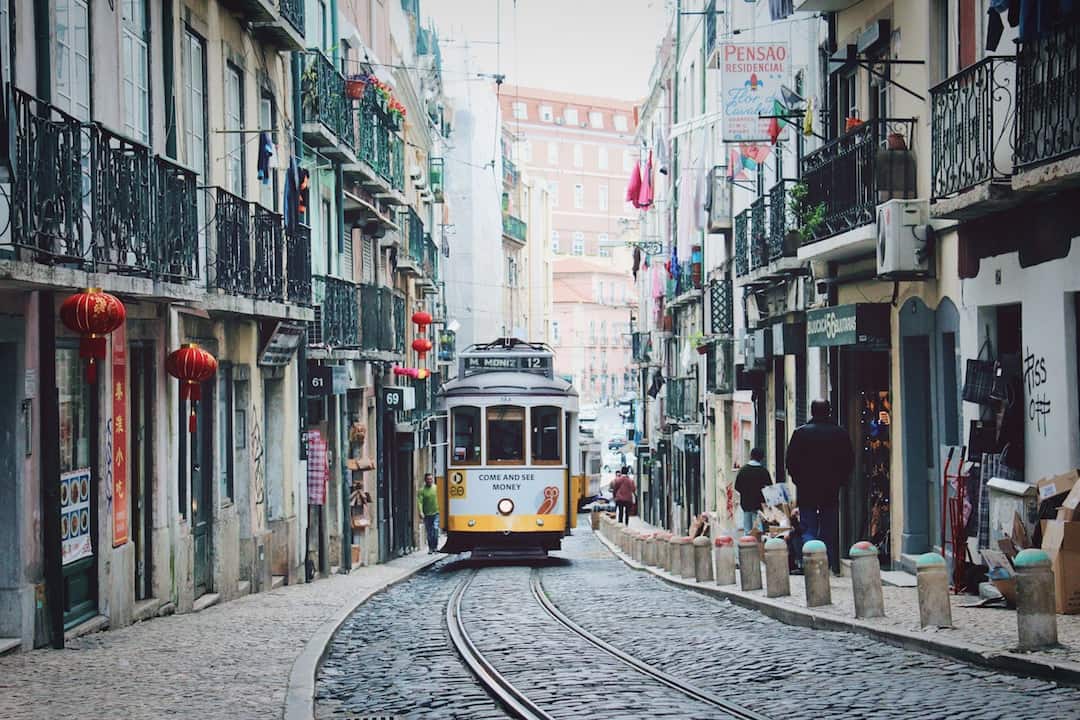 While it isn’t exactly the festival that started it all or the biggest, the Bonnaroo Music and Arts Festival was heralded in 2013 as one of the moments that changed rock & roll.

This year’s line up includes Bon Iver, The Killers, Muse and Eminem.

Originally organised in 2001 to encourage diversity and promote Morocco as a tolerant nation, the Mawazine Festival has since grown rapidly and drawn some of the world’s biggest acts to the meandering streets of Morocco.

The likes of Pharrell Williams, Alicia Keys, Rihanna and Justin Timberlake have graced its stages, though this year’s lineup has yet to be announced.

We can’t decide which is worth travelling all the way to the Balkans for—the music itself or its chosen venue at the Petrovaradin Fortress. Or quite possibly, it’s EXIT Festival’s constantly solid line-up that features domestic and international artists from different genres.

Have we missed any? Share your thoughts on the best festivals below. 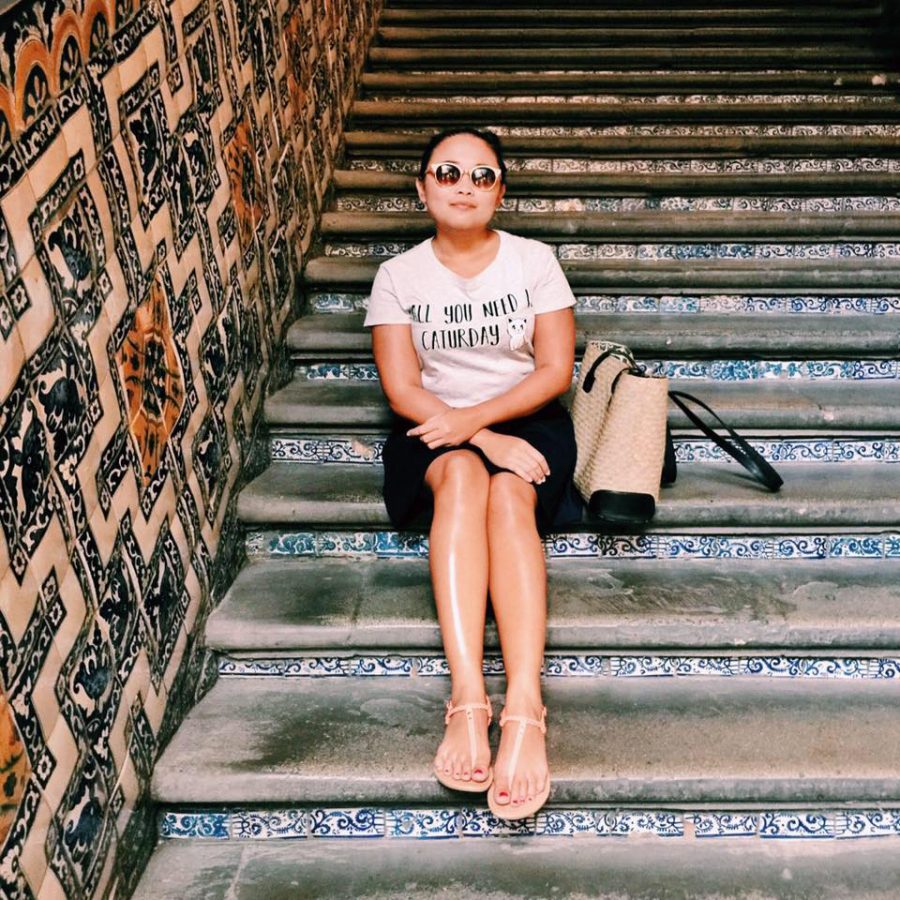 Many inspiring journeys have been taken by eco-warriors with sustainability top...

It won't come as a surprise that many of the new...

View all posts by Jackie

Ireland vs Scotland: Where Will You Go?

Ireland vs Scotland: Where Will You Go?