So, you’re planning on going to China, are you?

Let’s get a few surprises out of the way: First, carry toilet paper and stomach medicine with you always; Second, pre-install the offline-functional language app “Pleco” and the “mandarin” language pack in the google translate app. Which leads into the third: say goodbye to anything and everything Google and high-quality that Western internet provides you.

No longer will you be able to search on Google, crawl YouTube, navigate with Google Maps, or update your Twitter, Facebook, WordPress, Tumblr, and plenty of other apps that at least pretend to retain a user’s privacy. They even recently blocked WhatsApp, though not Yahoo or Skype (yet). So how do you access the internet in Beijing, China?

First and foremost, the fact that you’re reading this before you go is a great move. The reason being:

Will you need to bring a VPN?

A good VPN is your first and almost only line of defense against online censorship. The best ones are blocked from within China, so you’ll be in a tough spot if you forgot to install them on your laptop and phone before you arrive. I consider the best two to be Astrill and ExpressVPN. Suppose something goes wrong and you can’t access either of these sites from behind the wall: Astrill has a site that is somehow still accessible in China: www.Astrill4u.com. It’s been a personal lifesaver a couple times so be sure to bookmark it!

Rumor has it that the government has tasked all internet service and cellular providers with banning all illegal VPN usage by January 2018, but has also stated that companies can register and will be able to use VPNs. Translation: it’ll still be possible to use VPNs, since companies will find a way, but the cat-and-mouse game will continue between geeks and governments. It’s been tried before, and it didn’t take. Although they have shown the short-term ability to take down the VPNs during big government meetings, they always return eventually.

“Suppose they succeed in blocking VPNs, what then?”

Well, there is the humorously named “shadow socks” step in which is an open-source proxy project. In other words, it’s created as a hobby for free, and can be edited by whoever wants to try. In fact, it was created with the sole purpose of getting around the Chinese firewall, which is primarily where this is used. I view it as a sort of advanced VPN that takes more effort in the setup. As it takes more work to set up, it’s not likely to be a good option for someone travelling, but if you’re going to be staying a while, here is a guide to setting them up.

Note: I have not attempted this before. The final option for long-term stays would be to buy a VPN router, which can be found on Astrill’s website.

Consider that a lot of Websites we regularly use in the West aren’t accessible in China. These include Facebook, YouTube, Google (including Gmail, Google Drive, Google Maps etc.), as well as the popular photo sharing app Instagram. While China has its own similar social platforms called Weibo or Youku, which are great to practice Chinese and make local friends when living in China. However, you can still access Facebook and Co. with a “Virtual Private Network”, or VPN. This is a program you can simply download on your computer or smartphone and surf like at home. The program changes your IP address or location pretending to be somewhere outside of China. This way, you can access all the sites just like back home. It is best to download a VPN before leaving for China since it might be more difficult to find them once there. I highly recommend Onavo Protect, which you can simply download on the App Store for phones and at www.onavo.com for laptops. – Linda, Linda Goes East

Can buying SIM cards from other countries get you online?

A friend of mine was using a card from the states (T-mobile) which had international coverage and worked just fine in China. Slower, perhaps, but the same access to sites. Alternatively, I’ve heard that people buy SIMs from Hong Kong or Taiwan, which will also sidestep the firewall. A friend told me that his plan was to buy a foreign SIM, plug it into a special router that allows SIMs to act as a hotspot, and use that as his primary internet provider. The current catch: from within China, we only seem to have the option of ordering 7-day cards, and they can only be ordered online.

Are internet cafes an option?

“What about internet cafés?” you may wonder aloud.

Forget them if your goal is to be able to google and of course, don’t expect . Instead, their reputation is for being geeky, smoke-filled ramen dens packed with gaming addicts. If that doesn’t dissuade you, you’ll likely need to check out a few before landing on a good one. Signs that you’ve found a decent one are: comfortable lighting, clean, and the machines aren’t broken.

In general, they aren’t expensive, only costing $5-10 USD per hour. In most cases, you will be required to present your passport to use their services but the rules are often loosely enforced so if you land on the right internet cafe you might not need yours. You can mostly game on them, usually with the game client Steam. Keep in mind that rhere probably won’t be VPNs on the machines that you can use.

Can you access wifi at chain cafes and public hotspots?

In my experience, public wifi is never functional. As for cafés, they usually require you to have a cellphone number to text you a confirmation code for logging in, which you probably won’t have if you’re only passing through. To avoid this, your best bet will be to find non-chain cafés. The small ones almost always just have a simple password posted somewhere.

Do you need to download a new map app if you’re an Android user?

Well, Apple Maps works in China without problems, so that’s not an issue. The main problems arise for Android users because as I mentioned, Google Maps won’t be accessible. To combat this you’ll want to download “Amap” for Android, which is easy to find on the Chinese app store, but otherwise, you’ll have to download and install an APK for it.

Here is a website that you can find APKs, and here is a guide on how to install them. The app is written in Chinese, but at least you’ll be able to see where you are and search some English names. If you want a map written in English, I’d suggest using the Chinese-Uber app “Didi”, as they recently released their English version which can also find you taxis paid by the meter.

Another note for android users: it may consistently tell you that you don’t have internet access, even though the network is fully functional. I’ve read that it’s because they ping Google to test access, which is blocked. Catch-22. Be sure to check your phone models before your visit to Beijing at willmyphonework.net, which is primarily used for checking cell carriers, but will give you an idea of which phones are most functional abroad. Apple tends to work better here.

Once you are connected, you generally won’t have much to worry about, but remember to avoid topics such as:

So that’s it. To recap, the most important thing you can do for a short-term visit to Beijing is to have an international-capable SIM card, and/or install a solid VPN before you’re wheels down. If you forgot to do those two things, try to find solutions through Yahoo, or have a friend send you what you need over Skype. Best of luck, and enjoy your adventure! 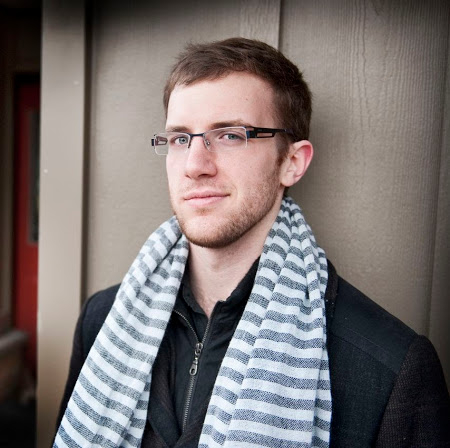 Originally from a small town outside of Toronto, Canada, Phil is now living in Beijing and has only just begun his adventures. With his eyes set on collecting the most spoken languages, he is chipping away at Mandarin. Phil tries to learn as much about the culture he is in, and always views the world through his psychological lens. If you'd like to read more of his insights and misadventures, check out Hitting Eject.

Ready to connect with nature, experience new cultures, and embark on...

Why You Should Take a Cycling Trip in Sri Lanka

Why You Should Take a Cycling Trip in Sri Lanka