Welcome to a dramatically beautiful destination you’ll never forget. North of the Arctic Circle, the Lofoten region consists of a series of rugged islands off the coast of northern Norway. The picturesque archipelago is made up of four main islands – Austvågøya, Vestvågøya, Moskenesøya and Flakstadøya – as well as countless smaller (but equally enchanting) isles.

The area is known for its spectacular scenery, pristine environment and excellent fishing. Lofoten is an ideal place to travel solo or with a group tour, to see the magnificent northern lights and experience the midnight sun. It also provides a fascinating insight into Norway’s past and the fishing trade that plays a vital role in the nation’s history. But, before you go, we’ve compiled a list of everything you need to know.

We love Norway, and we know you will too. It’s time to find your next tour to Norway.

How to get there

Yes, you can drive to the islands! The Lofoten National Tourist Route (the E10) takes you from mainland Norway to the Lofoten Islands via a series of tunnels, bridges and well-maintained roadways. Getting there makes for a scenic road trip, but if you’re short on time you might prefer to hire a car on the islands themselves after flying or boating in. 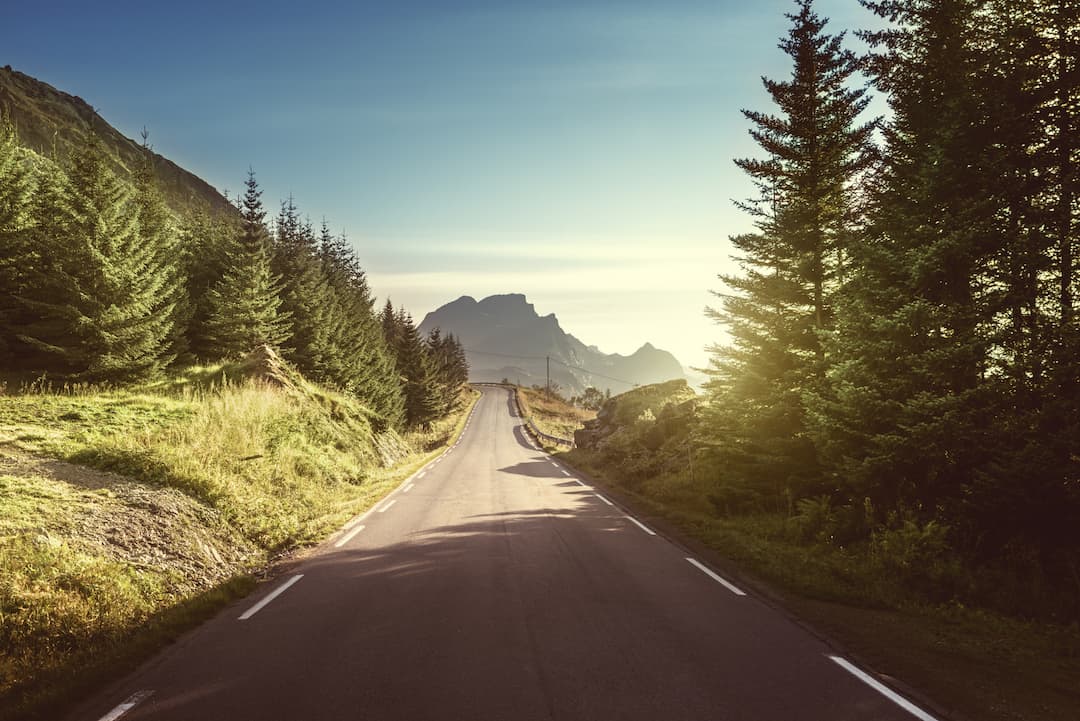 The quickest and easiest way to get to the Lofoten Islands is by plane. There are several airports on the islands themselves, the largest of which are Leknes (on Vestvågøya) and Svolvær (on Austvågøya). You can fly from the nation’s capital, Oslo, although you may have to transfer in Bodø, the mainland city closest to the islands.

You can catch a passenger or car ferry from mainland Bodø. The express passenger ferry that goes to Svolvær on Austvågøya is quick and scenic, but the car (and passenger) ferry to Moskenes on the southern island of Moskenesøya is your best bet if you want to take a vehicle. The famous Hurtigruten coastal cruise line also makes stops at Stamsund (on Vestvågøya) and Svolvær (on Austvågøya).

If all of the above options fail to capture the attention, there are many tour operators that offer tours through the Lofoten Islands that can save the hassle of planning for you while uncovering local experiences and meeting other like-minded travellers.

See Also: How to Enjoy Norway on a Budget

Lofoten is hands-down one of the best places in the world to see the northern lights. The main aurora viewing season runs through the colder months, from September to March. While there’s no guarantee that you’ll get to see this impressive natural light show, your chances here are good! Take a small group tour to hunt for the Aurora, or simply enjoy the display from town.

See Also: Northern Lights VS Southern Lights: What is the Difference?

Visit during the summer months, and you’ll have the chance to witness the eerie beauty of the midnight sun. For several weeks, the sun never completely sets, casting a unique, golden glow over the islands that has to be seen to be believed. Locals take full advantage of the extra sunlight, with attractions and businesses staying open late. Try hiking, fishing or sightseeing in the wee small hours for a completely new experience!

Whether you’re an adventure junkie or a certified couch potato, it’s easy to find a way to enjoy the great outdoors in Lofoten. Try a gentle stroll on Vestvågøya’s popular Unstad Beach (easily accessible by car), or, if you’re an experienced hiker, challenge yourself by climbing Moskenesøya’s Reinebringen for a truly spectacular view.

Lofoten offers activities including skiing, surfing, diving, boating, biking and horseback riding – and, of course, lots of fishing. Wildlife tours are offered on land and sea, and birdwatchers will be particularly impressed by the seabirds to be spotted in the Røst area, which even boasts its own annual puffin festival!

Evidence of human habitation in Lofoten dates all the way back to the Iron Age, so the region has a rich history to explore. Get hands-on with the islands’ Viking past at the Lofotr Viking Museum on Vestvågøya, home to a replica of the thousand-year-old Viking longhouse discovered on the site. If you’re feeling touristy, try their Viking Feast dinner. You can interact with performers in period costume, enjoy a meal and try traditional mead while learning about the islands’ history. And don’t worry – it’s in English!

The fishing trade has always been a vital part of life in Lofoten. Find out how locals lived in the past at the Norwegian Fishing Village Museum and the Lofoten Stockfish Museum, both in Å (yes, you read that right!) on Moskenesøya.

If you’re an art lover, make sure you check out Austvågøya’s Gallery Espolin. It’s dedicated to the work of celebrated painter Kaare Espolin Johnson (1907-1994) and his depictions of the people and landscapes of northern Norway in years gone by. It also features a range of excellent temporary exhibitions.

See Also: Should I Visit Norway? 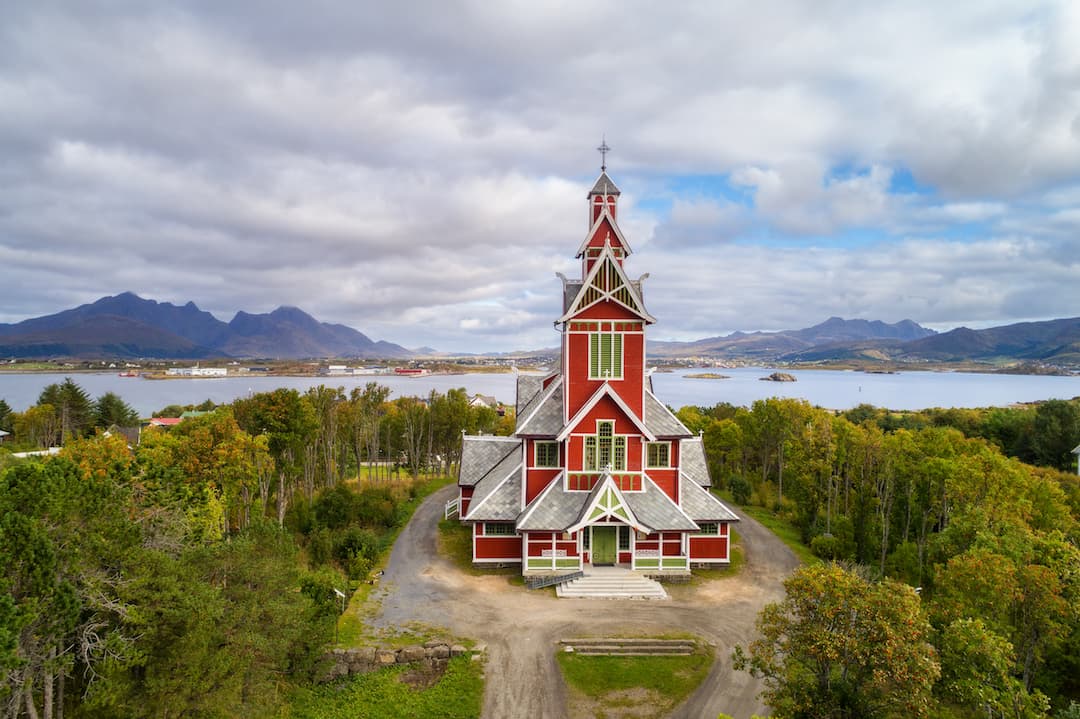 Lofoten boasts some of the most well-stocked fishing grounds on the planet, so it won’t come as a surprise that its cuisine is all about delicious local seafood!

Make sure you try stockfish, a dried cod product that’s an important part of Norwegian history. A key export for hundreds of years, stockfish is even mentioned in Viking sagas. You’ll see wooden racks of stockfish drying outdoors in the fresh sea air – no preservatives necessary.

Enjoy a meal by the harbour in the picturesque village of Henningsvær at local institution Fiskekrogen, a traditional seafood restaurant renowned for its fresh fish soup. Rumour has it the Norwegian royal family are big fans. Sweet tooth? Try one of the legendary cinnamon buns from the bakery in the town of Å. Open since 1884, it operates as a demonstration bakery during the summer season, so you can see exactly how these tasty treats were made in days of old.

Tourism is an important part of Lofoten’s economy, so finding suitable accommodation isn’t difficult. Towns like Austvågøya’s Svolvær and Henningsvær can make a great base from which to explore the region! Check in to a comfortable hotel on the harbour, try a character-filled guest house or make yourself at home in an Airbnb. You’ll also find a range of hostels offering dormitory beds, private rooms and cabins at budget-friendly prices.

If you’re after something really unique, though, don’t miss your chance to stay in a rorbu – a traditional fisherman’s cabin. Built on the water’s edge, these cosy little buildings can be found all over the Lofoten archipelago. They’re mostly used for visitor accommodation these days and are fitted out in a variety of styles. Get back to basics in a clean, comfortable restored cabin, or go deluxe in a contemporary version.

With so much to see and do year-round, the striking archipelago is becoming increasingly popular, but it’s still far enough off the beaten track to provide a real once-in-a-lifetime adventure. Make sure you experience the islands’ stark beauty for yourself. Add a visit to Lofoten to your bucket list today!

Dreaming of Norway? Take a look at the most popular tours in Norway. 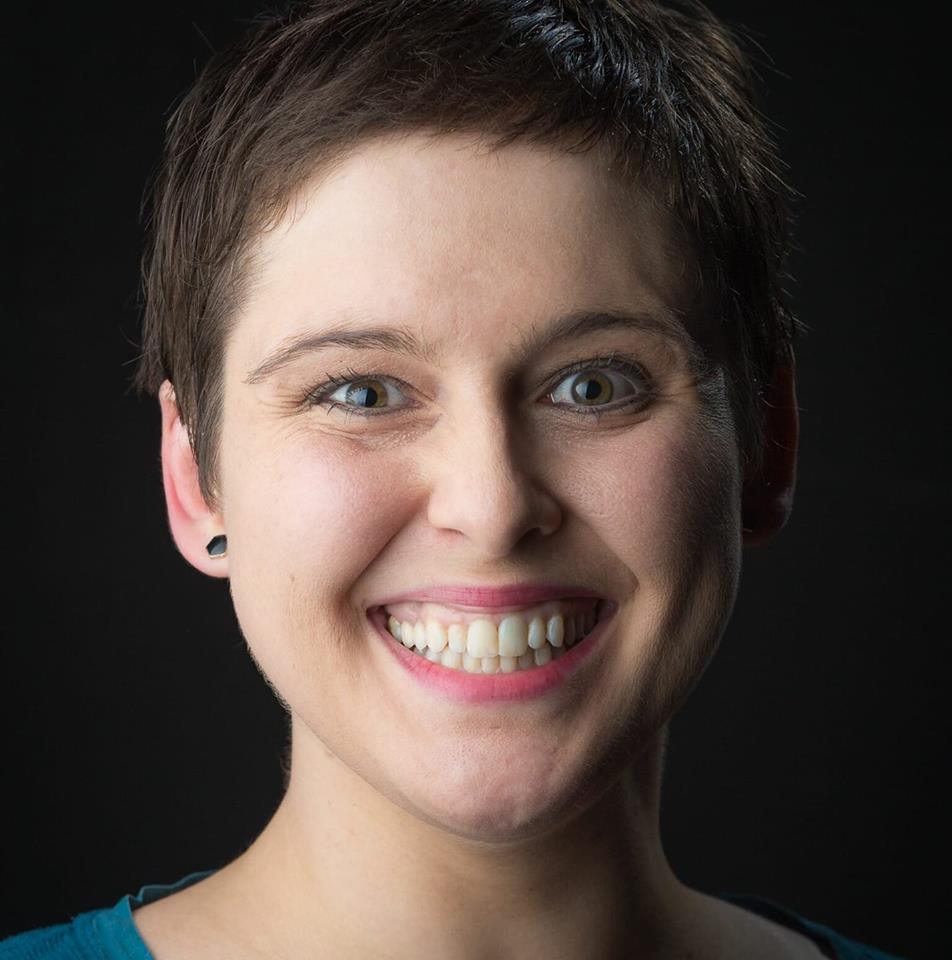