Whether you’re travelling by yourself on a group tour, travelling independently or a combination of both, Stockholm encompasses the perfect mix of history with modern design, and this city has something for everyone.

Getting around independently in Stockholm is a piece of cake. Swedes pride themselves on their mastery of the English language and are eager to welcome you with open arms. But, if you’re concerned about safety while travelling alone at any stage during your travels, no need to fear. Stockholm is consistently ranked as one of the world’s safest cities. In 2017, it ranked number eight in The Economist’s safest cities list. Need we say more?

So, are you ready to explore the best of Stockholm? Take a look at the most popular tours travelling to Sweden. 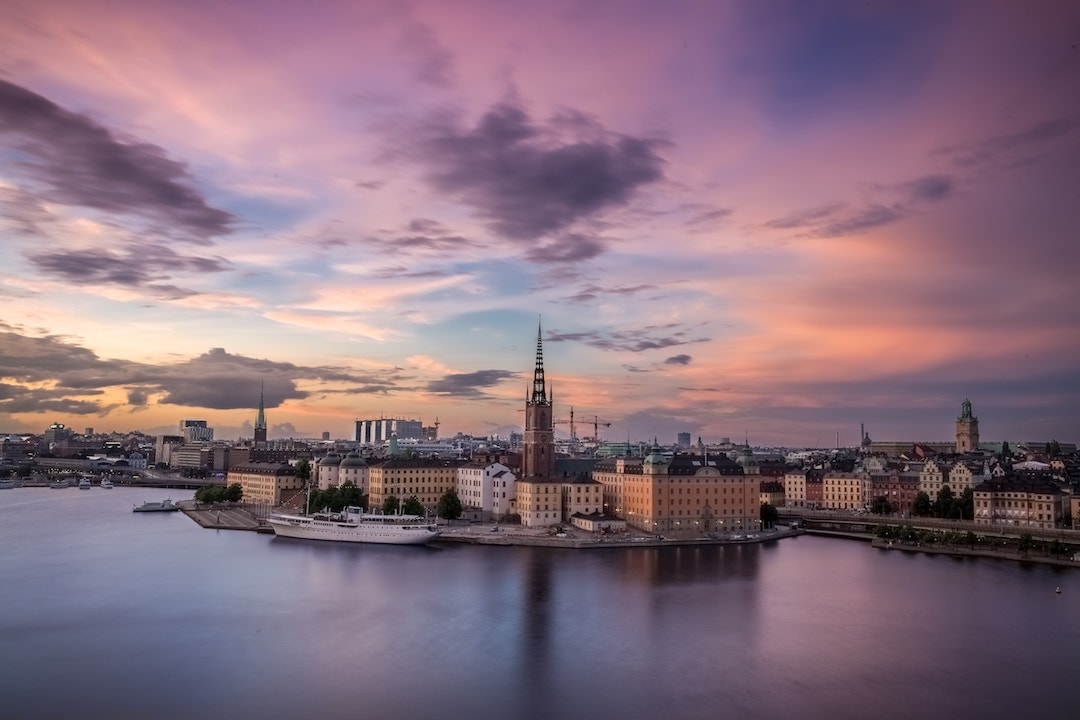 Referred to as “Beauty on Water”, the sprawling green city is comprised of 14 islands which are connected by 54 bridges. Stockholm is surprisingly simple to navigate via public transportation and foot. Opt to take a water taxi for epic views of the islands, or better yet, lace up your sneakers and get from point A to B wandering the city’s beautiful pathways, parks, beaches and streets.

You’ll be so enthralled discovering the city’s famed landmarks and taking part in the local cafe culture, you’ll hardly realize you’re at it alone. Plus, if you do decide to join a group tour, you can enjoy your alone time, but also meet like-minded travellers from across the globe!

Regardless of how you travel, make this trip for you! As long as you’re travelling with an open mind and ready for spontaneous conversations with fellow travellers you meet at hostels or on your group tour, you will end up with a few lifelong penpals when you return home.

Start off your morning right by exploring Djurgården, Stockholm’s tranquil, green city-centre island. Take in breathtaking views while jogging around the 10-kilometre perimeter, or opt for a relaxing stroll through parks and along the waterfront nature trails.

You’re likely to run into plenty of fit Swedes here, especially on the weekends. Afterwards enjoy a snack and the gardens at Rosendals Tragard – a biodynamic farming garden comprised of orchards, wildflower fields, plots of vegetables and herbs, a greenhouse cafe and an eclectic farm and plant shop.

When I was in Stockholm I enjoyed the most its islands. And especially the island of Djurgården. It’s located right in a city centre, but it’s huge and there were so many trees there, I felt like I was in a forest. It was so lovely to enjoy in a beautiful nature in a middle of a city. It’s also called the Museum Island, because most of Stockholm’s museums are located on it. Vasa Museum, Nordiska Museet and Skansen, the oldest open-air museum in the world, are all there. So you can easily spend a few days only on Djurgården Island.

I love taking walking tours when travelling solo. It’s not only a great way to connect with other travellers. But it’s also a fun way to learn about the city’s history, stories and legends behind its famous buildings. I took a walking tour around Gamla Stan and enjoyed it very much! – Tea, Culture Tourist

2. Snack on Cardamom Buns at Valhallabageriet

Cardamom buns are known as “kardemummabullar”, and are the Swedes favourite treat to snack on during the Swedish custom “fika”. Fika is akin to Britain’s afternoon tea and literally translates “to have coffee”. It’s a time where Swedes gather to socialize over a beverage and savoury and sweet snacks alike. Cardamom buns are a less sweet version of the American cinnamon roll with the perfect balance of crisp and soft dough, exuding a unique and complex cardamom fragrance.

Pop into Valhalla in the posh neighbourhood of Östermalm who claim to use “more filling” and “more cardamom than most”. It’s cosy here – only a few tables inside and outside, so ample opportunity to share a table and join in with a fika. Relish in the authentic bakery feels here while watching the bakers in the back roll out dough.

Stockholm was founded in the Old Town of “Gamla Stan” in 1252 and remains one of the best preserved medieval city centres in Europe. The island connects the northern district of Normala with the southern district of Södermalm.

Here you can wander the cobbled streets and medieval alleyways and marvel at the archaic architecture heavily influenced by northern Germany. Head to the main tourist street Västerlånggatan if you’re interested in souvenir and genuine Swedish handicraft shops.

If you’re more of a history buff, opt to visit the Medeltidsmuseet (Museum of Medieval Stockholm), Nobel Museum, Royal Palace and Stockholm Cathedral. 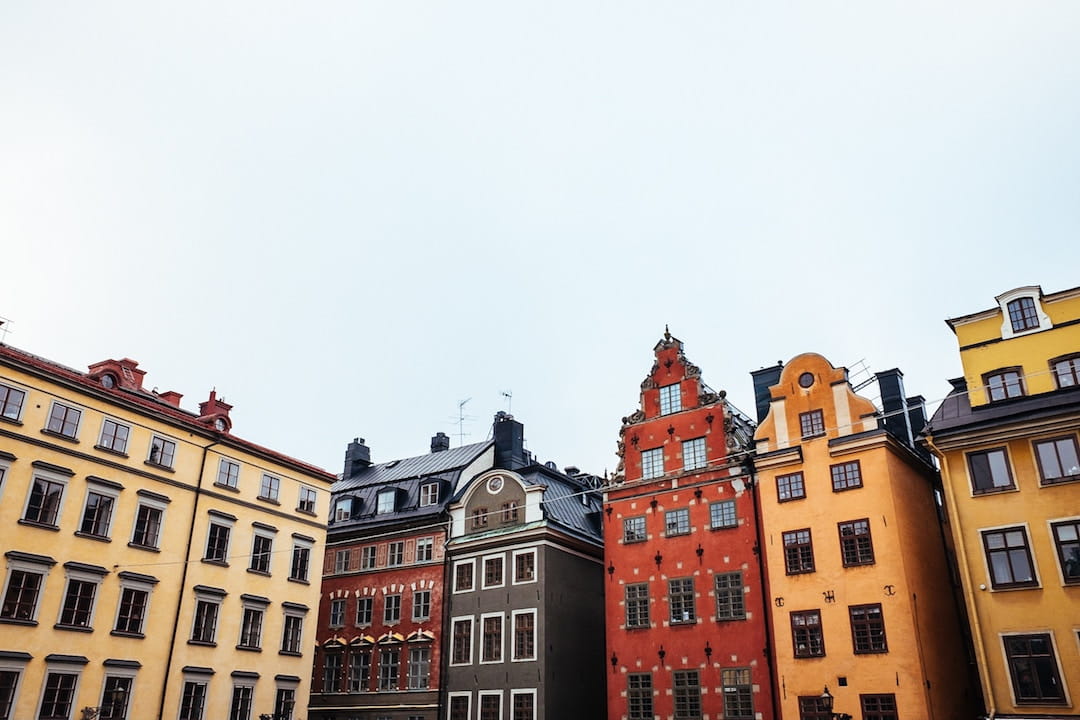 Pick up some fine Swedish ingredients to gift your friends back home, chow down on fried herring and lingonberries, or sit back and people watch. Note that the food hall is currently being renovated until 2019, but many Swedes will tell you they prefer the spacious temporary spot located across the street even better.

Stockholm is a mecca for modern design and a trip to the contemporary city is not complete without popping into an interior design shop or two, even if it’s not really your thing. Forget Ikea, and check out iconic and modern designs at Nordiska Galleriet, one of the hottest shops in Europe for discovering the latest in contemporary design.

Nordiska Galleriet has one of the most extensive ranges of high-end furniture from Scandinavian designers and top designers from around the world. Here, you’ll find modern design classics from Fritz Hansen and Lammhults, and timeless pieces including the Eames chair, Barcelona chair and PH lamp.

One of the favourite pastimes of the Swedes in the warmer months is swimming in its pristinely clean and clear waterways. The “Venice of the North” boasts several beaches where you’ll find loads of locals. If you want to take in the full Stockholmer swimming experience, pack your beach bag and head to Långholmsbadet on the island of Långholmen.

The luscious greenery, bare cliffs, sandy beach and stunning views attract flocks of locals. The beach is rather small so you may be lined up towel to towel with your neighbour, affording you the perfect opportunity to meet new friends.

Looking for something more secluded? Head to Sicklasjön, a lake at the base of Stockholm’s very own ski hill, a bit outside of the city.

The thing I enjoy most about Stockholm is the access to nature. No matter where you in the city you are never far from a great park or natural wonder. From the archipelago to Haga Park, there are so many places to experience the natural beauty of Stockholm.

Swedes have a close relationship with nature, so to really understand the city solo travellers need to experience one of its green spaces, whether that’s a park or nature reserve. All are well maintained and have clearly marked paths, so it’s easy to get around and see another side of Stockholm. – Kate, Petite Adventures

Learn all about the disastrous fate of the Vasa navy warship which set sail in 1628 under the rule of King Gustav Vasa. The ship sunk 1.3 kilometres into its journey, before it even exited the harbour. Thirty people lost their lives that fateful day, but the legend lives on at the Vasa Museum. The warship spent 333 years under water until it was discovered and salvaged by Andres Franzén in 1961.

The Vasa is the world’s only preserved 17th-century ship and the most visited Scandinavian museum, with over 1 million visitors per year. Note that the entry lines can be lengthy (although they move rather quickly), but provide yet another opportunity to socialize.

Hip cafe meets gallery meets concept store, is what you’ll find all under one roof in an old converted garage at Snickarbacken 7.

This hidden gem is unassuming from the outside, located on a tiny side street in the city centre. The atmosphere here is something unique, with its high 18th century ceilings and gothic style feel. Perfect for an afternoon pick-me-up cup of to-die-for filtered coffee while perusing art, vintage fashion and magazines. 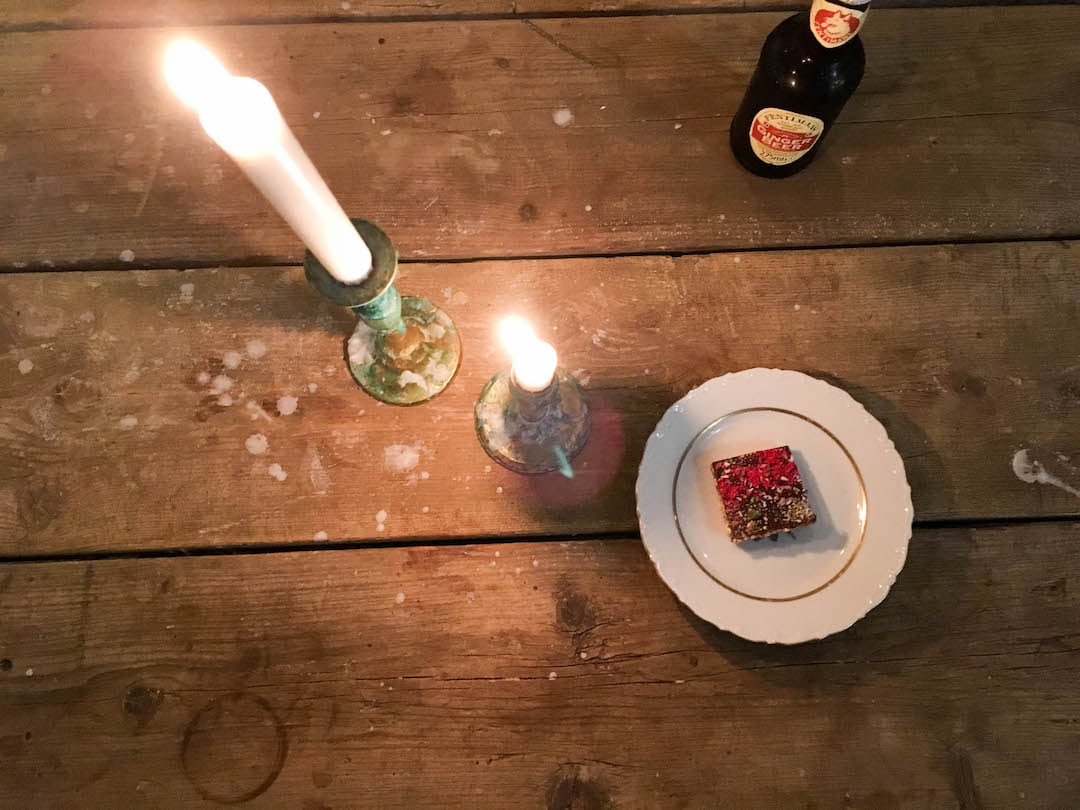 The legend that is ABBA lives on at Stockholm’s ABBA Museum. Whether you’re a die-hard fan of the Swedish pop group, or just looking for some lighthearted fun, as their trademark totes, you’ll “walk-in” and “dance out”.

This is an interactive museum that puts you in the shoes of Björn, Benny, Frida and Agnetha. Become the fifth member of ABBA, dress up in (virtual) costume, and perform with the band on a large hologram stage!

Take a breather at the eco-Nordic restaurant Bar Agrikultur for a unique dining experience that goes beyond the norm. Bar Agrikultur brings you the freshest seasonal Swedish rotating small plates while “honouring food, flavour, sustainability and community”. The restaurant prides itself on its warm and social atmosphere that is even more enjoyable over a glass of their homemade gin paired with cured meat and olive starters.

This is a small joint, but outdoor seating is aplenty on the pedestrian block during summer months. It also happens to have a prime location in the centre of the trendy Södermalm neighbourhood – perfect for people watching.

Afterwards, chill out at the hip Nytorgsparken turf park across the street.

Hiking up to Stockholm’s highest natural point before you call it a day is an absolute must. The views atop this rocky bluff at the north end of Södermalm are what dreams are made of. From here you can take in views of the Old Town, Stockholm Town Hall, Kungsholmen, and many other points of interest.

You’ll find more locals than tourists here, picnicking and chit-chatting about their day. Whether you accompany your new friends from fika, or make the city-trek alone, you surely won’t feel alone watching the sun set behind the city’s magnificent skyline.

Stockholm is one of the most beautiful capital cities in the world with its cozy old town, Gamla Stan, and lots of great neighborhoods to explore. Surrounded by water, I instantly fell in love with its incredible views and the “so-hip-it-hurts“ vibe of the residents. For any solo traveler, definitely get out to explore Stockholm’s archipelago for a few hours or even a few days. Some of the closest spots easily accessible by ferry are Vaxholm and Fjäderholmarna. If you’re feeling even more adventurous, hop on an overnight cruise to Helsinki, Tallinn or Riga. – Larissa, The Blonde Gypsy

Feeling inspired to start the adventure? Take a look at the most popular tours travelling to Sweden. 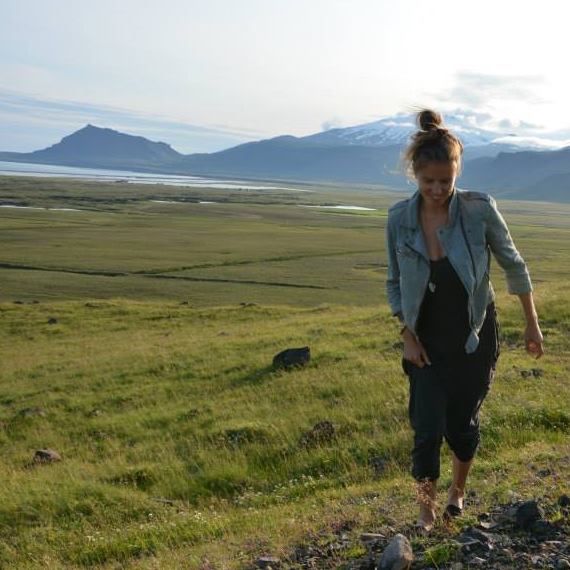 Allison is originally from the US and relocated to Austria in 2013 for true love. She works in performance marketing at TourRadar, and on her down-time, tries to improve her German skills. Allison loves long runs, yoga, tennis, playing the piano, going to concerts, and travelling every opportunity she gets.