Istanbul is a city for foodies. Walk through virtually any neighbourhood and you’ll find a smorgasbord of street-side delicacies, from mammoth spits of meat to freshly-squeezed juices and charcoal-grilled corn on the cob.

Day or night, there’s always something cooking on the streets of this sprawling and magnetic metropolis, so ditch the map and make a beeline for those modest market stalls and red canopied food carts instead — this is where you’ll find Istanbul’s most tantalising culinary assets.

Ultra-fresh, always delicious, and ridiculously affordable, read on for a list of the best street food in Istanbul.

Simit, a circular sesame-crusted bread, is Turkey’s answer to the bagel. Traditionally, the dough is made from flour, water, yeast, and salt; then, it’s dipped in a mixture of water and molasses, covered in sesame seeds, and baked until the centre is fluffy and the outer layer is golden brown.

This is one of the city’s most popular on-the-go breakfasts, and you’ll find it sold from wheeled push-carts on virtually every street corner. If you want to try simit in its most perfect form, however, head to a bakery where you can snag it freshly-baked straight from the oven.

Lahmacun may look like pizza at first glance, but this ubiquitous street food is in a completely unique category of its own — a thin flatbread topped with minced lamb, finely diced tomatoes and peppers, onions, and parsley.

Once assembled, it’s baked in a hot stone oven until slightly crispy around the edges and served with a plate of Turkish salad and pickled chillies. If you want to eat it like a local, top your lahmacun with salad, add a spritz of lemon juice, roll it up (like a Turkish burrito, if you will) and dig in!

Balik ekmek translates to “fish bread,” and that’s essentially what it is — a piece of grilled fish (typically mackerel or something similar) stuffed into a half-loaf of white bread, and topped with raw onions and lettuce.

It’s cheap and undeniably tasty, and you’ll find plenty of vendors selling this sandwich from food carts or boats in Eminonu (near the southern end of the Galata Bridge) and along Ataturk Bridge.

See Also: Around The World: The Ultimate Food Bucket List

Up next is a street food that’ll satisfy your sweet tooth: lokma. These soft, doughnut-like balls are deep-fried to perfection, doused with syrup or honey, and sprinkled with ground pistachios. Keep your eyes peeled for vendors selling lokma near the Egyptian Spice Bazaar in Eminonu.

Istanbul’s squares and streets are rife with snacks of all sorts, but the one you’ll come across most often is misir, or grilled corn on the cob.

Lightly charred and sprinkled with salt, pepper, and various spices, it’s one of the city’s street food staples during the summer months. It’s also one of the easiest to find — you can’t walk more than a few steps without the scent of freshly grilled corn wafting your way.

This traditional Ottoman delicacy consists of thin layers of dough called yufka (similar to phyllo dough) filled with an assortment of ingredients, like cheese, spinach, potatoes, or minced meat.

There are several different types of borek, but the two you’ll most commonly find sold from vendors on the street are su boregi (water borek), which is usually filled with spinach and feta cheese, and kol boregi (arm borek), a variety that’s prepared in a long roll and baked until the top is golden brown.

Midye dolma (stuffed mussels) is a popular midnight snack with local Istanbulites — especially after a booze-fueled night on the town.

The mussels are served in a hollowed-out half shell and stuffed with pine nuts, currants, rice seasoned with cinnamon and pepper, and a generous squeeze of lemon.

The fish market in Kadikoy is the best place to sample these savoury, bite-sized snacks at their freshest, but you can also find them from vendors in Taksim Square. If you have any reservations about consuming shellfish on the street, you may want to indulge at a restaurant instead.

See Also: The Best European Cities for Food in 2018, According to TripAdvisor

You’ve probably tried this much-loved meal at some point — after all, this is Turkey’s most iconic street food. Don’t be fooled, though: a doner kebab in Istanbul is unlike anything you’ve tasted before.

Layers of melt-in-your-mouth meat combine with toppings like chopped tomatoes, red onions, chili peppers, pickled cucumbers, and a blend of spices to create an exquisite medley of flavours.

All that goodness is tightly wrapped in lavash (a thin, tortilla-like flatbread), so it’s ready to take to the streets of Istanbul. Karadeniz Pide ve Doner Salonu is the place to go for one of the city’s absolute best doner kebabs.

If you’re a fan of savoury, carb-loaded concoctions, you’ll love gozleme. This popular and travel-friendly snack is similar to a crepe, made with flatbread folded over various fillings — from cheese to meat, vegetables and potatoes — and cooked over a griddle.

Gozleme is made to order on the street with an endless amount of ingredients, but you really can’t go wrong with the feta and spinach variety.

Last on this list is a dish for all the adventurous foodies! Kokorec is made with lamb intestines that are wrapped around offal and grilled on a horizontal spit. The meat-heavy blend is then finely chopped, mixed with salad, seasoned with thyme and oregano, and served in a lightly grilled bread roll.

It may not sound particularly appetising, but this succulent and flavourful sandwich will have you wanting seconds! Vendors selling kokorec can be found throughout Istanbul, but you’ll find them mostly concentrated near the city’s main bazaars and shopping areas.

Want to eat your way through some of the world’s best foodie destinations? Explore our range of culinary tours today for a dose of inspiration! 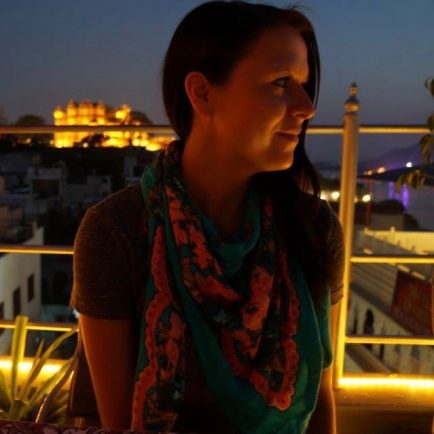 How about going on a foodtastic trip? We’ve served up some...