“Is there anything you don’t like to eat?” asked a chef from LA. We met at a beach club in Tulum two years ago.

“Nope! I eat everything”, I responded as we got together for lunch a few days later at La Cueva del Chango in Playa del Carmen. I was there a week before and really enjoyed long, relaxed lunches under the shady trees.

“Really? You really eat everything?”

I thought about the question again, but more seriously this time.

“Well… I really don’t like avocados or sandwiches… Oh! I don’t like pizzas and burgers either! I just don’t get the point of them.”

“You’d hate American food then.” And he was right.

Today, as I write this from the dining table of my childhood home in Kuala Lumpur, Mexico doesn’t just seem like a lifetime ago, it was.

Ever since the pandemic kicked in, I, like so many people across the globe, have been stuck at home for a lot longer than usual. When home seemed to suffocate me, I relived my travels through the memories I kept of my favourite places and faces.

It was how I realised that I did not miss 4am flights, or my failed attempts at communicating with taxi drivers whose language I did not speak, or getting called Mulan by a street vendor. What I really missed were the precious moments when I found home in foreign places, sharing the experience with foreign faces.

When I moved to Exeter, UK, for university, it was my first time living abroad. On cold nights when I had deadlines I wasn’t sure I could meet, I’d long for food from my childhood – Pong Teh, herbal chicken soup, steamed eggs, chicken porridge (made of rice, not oats), and tomato egg drop soup. I had to learn to make them myself.

Sourcing the ingredients was a challenge. I never knew that Thai thick black sauce did not taste like the one my mother bought for our kitchen back home. I bought the Thai one because it was one pound cheaper than the bottle I was familiar with. Back then, one British pound was the equivalent of five Malaysian Ringgit, which could buy you a simple meal in Masjid Jamek.

Not only did I not know about the difference in sauces, sometimes, I had only known ingredients by their colloquial names. What the hell is Tau Cheow, the main ingredient for Pong Teh, in Mandarin?

Funny things happened at the Asian supermarkets too. I would suddenly look fondly at a herb or yet another bottle of sauce, and think about all the things I used to eat with it.

I’d go in for one thing but leave with a can of 100 Plus, the only soft drink they sold in my secondary school, or jelly cups that cost ten times more than they did at home. I was suddenly drawn to snacks that I had taken for granted growing up in Malaysia. This tendency to reminisce about mundane and uninteresting parts of life back home took me by surprise.

After Exeter, I went on my first European adventure. I backpacked solo across Eastern Europe, explored bits of Russia, jumped on ferries, trains and buses towards Scandinavia and somehow landed a job with a small tech company in Interlaken, Switzerland.

When I lived in Interlaken, spending a bulk of my early twenties there, I craved roti canai, South Indian curries, lime pickle and rasaam. In Matten, there’s a family-run Sri Lankan restaurant called Shanthi that serves excellent brinjal curry.

With every mouthful of it, I was taken back to the warm, humid, and heavily spiced air of Indian restaurants at home. Each bite had the satisfying sweetness from caramelised onions and brinjals, supported by undertones of warm spices. But at CHF 30 a meal, I quickly learned to replicate those flavours in my rented apartment.

Lucky for me, tiny Interlaken had a pretty large selection of Middle Eastern shops selling halal meats to Muslim tourists who were skeptical about eating out. They were also well-stocked with spices which made it easy to hunt down ingredients for my homemade feasts.

All over Interlaken, you’d find two common brands of spices – Taherally Rehmanji Suterwalla (TRS) and Mahashian Di Hatti (MDH). I would buy whole or ground spices by TRS and spice mixes by MDH.

I once bought a gourd I did not recognise from Halal Grocery Store on Marktgasse, brought it home and asked my Italian housemate/colleague/close friend if she recognised it. Of course, she did not.

So we chopped it up, threw it into a pot with chopped onions, garlic, fresh and dried chillies, canned tomatoes and a few heaped spoons of MDH’s Sambhar Masala spice mix. I’m not one to read cooking instructions too carefully. We ate it with rice and a dollop of Greek yoghurt.

A couple of months later, I packed up my things, gave away my spices, hugged my housemate/colleague/close friend goodbye and took off for Mexico.

On the night of the 2nd of September 2018, I pinched myself as I stood on the rooftop of the building I would call home for the coming month. I had arrived in Playa del Carmen, I was here.

I was staring at the night’s sky in a country I thought I would only visit through movies and TV shows. Though it was the most touristy destination in the country, I thought it’d be a good place to start given that I was alone, had little knowledge of the local culture, and did not speak a word of Spanish.

I looked at my plate funny the first time I ordered Mole. I tried Chiles en Nogada because I was told it was a dish native to the area and only served in September. I had cheap and spicy tacos at a taqueria called El Gato behind my rented apartment. I gobbled a mountain of ceviche at Calamar De La 10 just around the corner.

I frequently crossed the street to El Sangha-Rito, a quiet eatery for lunch, so often that the staff began chatting to me like we were old friends even though they knew my Spanish was de mierda.

By the time I arrived in Playa del Carmen, I had been living out of my suitcase for almost six months. The neighbourhoods reminded me of Bali and Kuala Lumpur. The tropical heat and humidity were familiar, and so were the thunderstorms and the lingering smell of rain after a thunderstorm.

The trees, flowers and fruits around me were similar to the ones at home. Not long after arriving, my body believed it was back home in Malaysia. All I wanted was the satisfying slurp of hot curry mee hoon washed down with a cold and sweet glass of Cincau Ais.

The urge to satisfy that craving led me to Mae Thai, a Thai restaurant on the corner of Calle Quinta Avenida and Calle 38 Nte. I went there twice a week for a month and began exchanging pleasantries with the waitstaff and cooks.

I learned that one of the cooks worked in a dai chow in Kota Damansara, a neighbourhood 15 minutes away from my childhood home. A dai chow is what we call a typical un-fancy Chinese restaurant that serves dishes with seasonal produce, soup and rice.

Whenever I visited, he would come out of the kitchen to greet me in Cantonese. Chatting to him with my rusty Cantonese brought me closer to home than any meal ever did.

This July marked the fifth month of lockdown in Malaysia. It was also the month I developed an intense longing for the perfect thin-crust pizza. I kept reminiscing about the pizzas I ate on visits to Milan and Rome, the ones my Italian housemate/colleague/close friend would make in Interlaken, and the ones they serve at the Firehouse in Exeter.

All I could think about was devouring a hot slice of pizza Margherita with melting mozzarella, tomato sauce laced with basil, on a bed of charred crust.

The problem is that in Kuala Lumpur, European food that hits the spot is expensive. A quick Google search did not result in very promising pizzas so I decided to make it on my own. I mean, how hard could it be?

I began my pizza-making adventure by watching hours of YouTube videos. From Bon Appetit’s first season of Making Perfect (RIP) to Alex aka French Guy Cooking, to that cutie, Frank Pinello, on Munchies.

In a week, I’d gone through nearly three kilograms of flour, spent hundreds of Ringgits on cheeses and meats — plus a can of pineapples — all of which culminated in a dinner for six with my parents, cousins, and aunt. That night, I made one grandma pie and 9 tiny thin-crust pizzas. I left the kitchen with two small burns on my wrists and a neck ache from all that hunching over the countertop.

In the months during lockdown, I’ve had cravings like this come up again and again, each time with a stronger longing not only for those familiar flavours, but for a slice of the many homes I found away from home.

I miss the crazy dinners we used to have on Monday nights and the hangovers on Tuesday mornings at work in Interlaken. I miss having pasta at 3pm on a summer’s afternoon, sipping on something cold in a square in Barcelona, watching locals and tourists wander about the city. I miss the calm rivers in Exeter, the sense of adventure I felt when I hiked about in Interlaken, and the beachy carelessness I enjoyed in Tulum, Mexico.

For a moment in time, these places were home to me and I miss them like I miss those endless afternoons spent at my grandmother’s house, bored and hot and restless during the school holidays.

Not too long ago, I went on my first date since the pandemic hit Malaysia. We had our first meal at an Indian restaurant. Over the course of banana leaf rice and a couple of IPAs, I learned that my Brazillian date had not been home since moving to Kuala Lumpur five years ago.

As he told me about his favourite meals — fried fish and barbecued meats and pão — I couldn’t help but wonder: What does he miss on those long, rainy nights in Kuala Lumpur, when he’s thousands of kilometres from home?

See Also: Learning Who I Am Without Travel 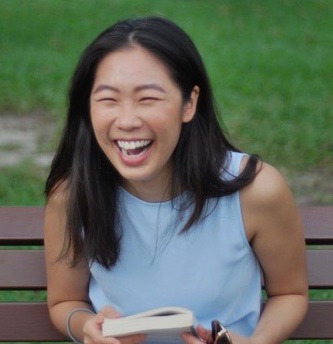 Nicole is a digital marketer and an aspiring writer from Kuala Lumpur, Malaysia. When she’s at home, you’ll find her cuddling her dog, Sergeant, playing the ukulele, or attempting to keep her vegetable garden alive.

View all posts by Mehar Gujral

When my kids ask me where I was when the coronavirus...

View all posts by Megan Honan

On a walk along a one-time volcano crater in Laguna de...

Is Boycotting the Answer? 4 Questions to Consider Before You Decide

Is Boycotting the Answer? 4 Questions to Consider Before You Decide