The Atacama Desert is top of the travel bucket list for stargazers the world over. Covering a 140,000km square area of northern Chile, it’s renowned as the world’s driest desert. That fact, along with some other factors, including an incredibly low yearly rainfall, high altitudes and minimal light pollution, mean that this unique place is an unparalleled destination for exploring the cosmos right here on earth.

Why is it so dry? The most-arid region of the desert, the northern Atacama, is sandwiched between two mountain ranges, the Andes and the Chilean Coast Range, which limits the amount of moisture the desert absorbs from either the Pacific or Atlantic Oceans.

Because of the warm, dry climate, the Atacama experiences minimal cloud cover. The clear night skies make it a haven for stargazing.

There are three main seasons in the Atacama: high season (summer, roughly December – February); low season (winter, running from June -August); and the shoulder seasons (spring, which is September – November, and autumn, which is March-May).

For the best stargazing, the high season is the time to visit. The sky is incredibly clear at night during the summer months, offering fantastic stargazing opportunities. However, that does mean that the region can get busy with tourists.

It’s far quieter during the winter months, but it can get very cold, with freezing temperatures recorded at night. The shoulder seasons aren’t as cold – and there are fewer visitors than during summer – so this could also be an option for visiting the Atacama if you want good conditions for stargazing. However, the skies aren’t as crisp and clear as they are during summer.

The Atacama has long been a top destination for keen stargazers. The desert is home to the Atacama Large Millimeter/submillimeter Array (ALMA), which is the largest radio telescope in the world. Gazing at the night sky with the naked eye is an experience in the Atacama, but ALMA offers something extra special.

The telescope is so powerful that it can capture stars which are billions of light-years away, and it has a resolution that’s ten times clearer than the Hubble space telescope. The observatory offers free tours to members of the public every Saturday and Sunday, but you must register online in advance.

The Paranal Observatory, operated by the European Southern Observatory, is another top-class observatory in the Atacama. Telescopes located there include the very aptly named Very Large Telescope and, unlike at most observatories, you’ll actually get the chance to see the VLT up close if you’re lucky enough to get booked onto one of the observatory tours.

Both of those observatories only offer tours during the daytime, not at night. If you want to get an incredible, close-up view of the night skies, your best bet is to visit the Mamalluca Observatory in Vicuña, which holds the accolade of being the most-visited observatory in Chile. You’ll be given a lecture about astronomy and the inner workings of the observatory and an opportunity to gaze at the night sky through a powerful telescope which will allow you to see as far as Saturn and Jupiter.

Another good option for observing the glorious night sky is to take a tour from San Pedro de Atacama, a charming town of roughly 5,000 residents. The town is used as a base for many amateur astrologists visiting the Atacama to experience its clear night skies, so there are plenty of options whether you have four days, five days or even longer to explore.

Take a tour into the Atacama’s ethereal landscape and stand below the glow of a full moon here. This destination is so other-worldly that the desert has acted as a substitute for Mars in several films and TV shows, most notably in the series ‘Space Odyssey: Voyage to the Planets’) and feel a real connection to the cosmos beyond Earth.

Other things to do in the Atacama Desert

The Atacama is world-renowned as being a special destination for stargazing. But that’s not the only draw of this unique place.

It’s a great area to explore if you’re into adventure sports of any kind. Every year, runners push themselves to their limits by taking part in the Atacama Crossing – this a 250-kilometre ultramarathon takes place over seven days. And keen cyclists take on the Atacama Challenger, a gruelling three days of three mountain bike races reaching heights of 3,970 metres above sea level.

For those who don’t want to compete, you can get up close and personal to nature by hiking the Valle de la Luna (Moon Valley) or Valle Arcoiris (Rainbow Valley) to get a taste of those Mars-like vibes for yourself.

But you don’t have to be a fitness fanatic to enjoy the Atacama. While you’re waiting on those beautiful night skies, don’t miss the opportunity to check out the Atacama Salt Flat. Covering an area of 3,000 square kilometres, this amazing salt lake is home to Andean birds including flamingos.

The Atacama Desert is also a wonderful place to explore some of the most ancient cultures in Chile. The Atacemños are recognised as one of nine indigenous groups of Chilean people. There’s a vibrant and thriving Atacemños culture in the region today, with many historic villages including San Pedro de Atacama acting as important settlements.

You can learn more about the Atacemños way of life, their traditions and cultures by visiting San Pedro as well as other villages including Quitor, Chiu-Chiu, Calama and Toconao. Take a trip to Yerbas Buenas for a glimpse of the petroglyphs etched onto rocks by the Atacemño people thousands of years ago.

The Atacama Desert is an alluring place which will instantly capture your heart. Although the main draw for most visitors is the tantalising prospect of gazing at night skies free from light pollution and clouds, there are plenty of other reasons to visit this incredible part of the world.

Want to explore this fascinating place? Take a look at our range of Atacama Desert tours and start planning your trip now! 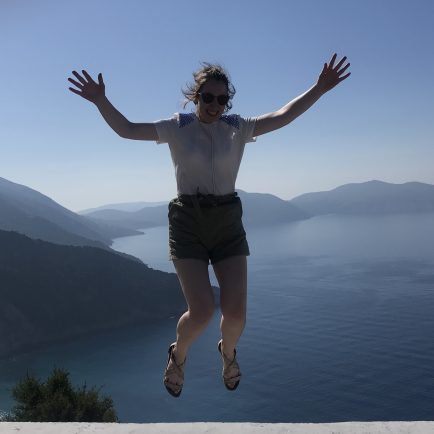 Welcome to Arabia, the land of a thousand and one adventures....